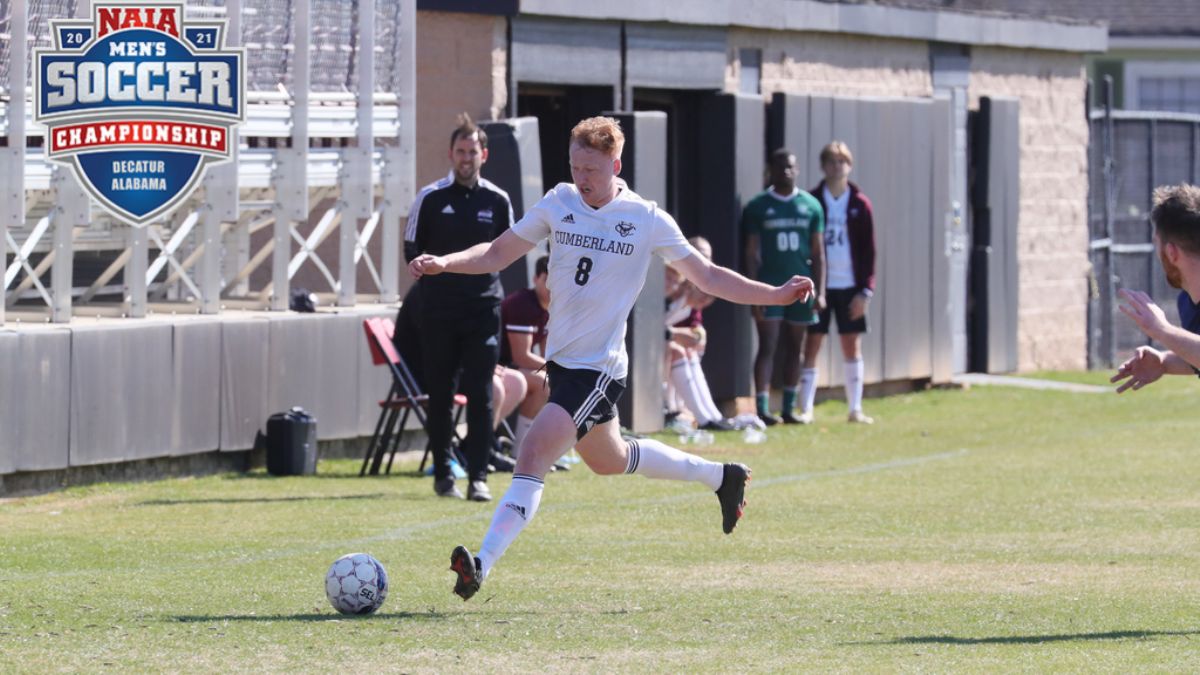 Martin Walsh had five shots and the lone shot on goal for the Phoenix (Credit: Steve Wampler)
Cumberland at Vanguard | November 18, 2021

COSTA MESA, Calif.-- Cumberland men's soccer falls 1-0 to the Vanguard Lions in the NAIA Opening Round. Martin Walsh led the team offensively in the loss with five shots total and the team's only shot on net.

The first half of action came and went, with neither side giving anything up. Both teams went into the half with two shot attempts, and the Lions recorded the only shot on goal in the period.

Cumberland's best chance to score was a shot from Tyler Watson in the 23rd minute on a shot that went wide of the goal.

The Lions had an excellent opportunity to take a 1-0 advantage in the 28th minute but came up short as Nicklas Rulle made a big save on a hard shot from Vanguard's Nathaniel Gomez.

The offense opened up a bit more in the second half, with both teams recording more shot attempts.

Vanguard scored the first and only goal of the game in the 70th minute on a shot from Nathaniel Gomez from Lucah Flores.

The Lions stingy defense went the whole game, giving up only one shot on goal to Cumberland as the Phoenix only took seven shots. Martin Walsh led the team offensively, generating five shots, and putting the only one on goal for the team.

Vanguard took seven shots in the second half, with six on goal. Nicklas Rulle made six saves in the net, including some fantastic efforts to keep the Phoenix within one.

With the loss comes the end of the men's 2021 season. The Phoenix end their 2021 fall season with a 13-5-1 overall record and an 8-2-1 conference record and head into the offseason.