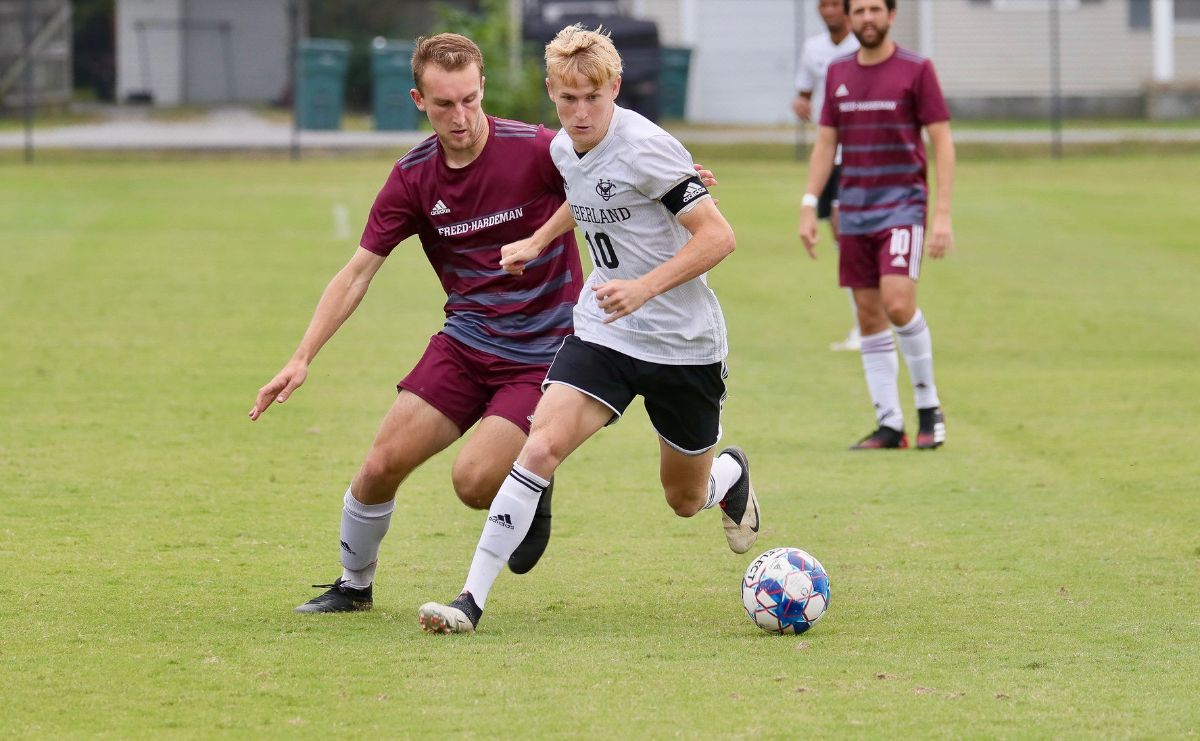 LEBANON, Tenn. – Cumberland men’s soccer player Tyler Watson was voted the 2021-22 recipient of the Lindsey Donnell Award this week, presented annually to a Phoenix student-athlete who excels in both academics and athletics. The award is given in honor of Lindsey Donnell, a former Phoenix football Little All-American and former professor at Cumberland University.

The Simi Valley, Calif., native is the most decorated men's soccer player in school history. Watson is the only two-time NAIA All-American in the program earning Third Team honors in 2021 and Honorable Mention in 2017. He has been named a Mid-South Conference First Team three times during his career and was the Conference Freshman of the Year back in 2017.

During his senior campaign this season, Watson led the team in goals with 12 in 18 games played. He added five assists for a team-high 29 points from his midfield position. Watson recorded two goal performances at home against Life and at home against Thomas More while netting four game-winning goals this season.

He finished his career with 36 goals scored, 21 assists, and 93 points; each are fourth-best in school-history. He has been named the Mid-South Conference Men's Soccer Offensive Player of the Week three times in his career. He played on two of the program's three national tournament teams and was apart of the 2017 Mid-South Conference Tournament Championship team.

Watson has embodied the standards of a Cumberland University student-athlete and is well-respected around the Cumberland community, the Mid-South Conference, and at the national level.

Donnell set a national collegiate football record in 1936 with 1,500 rushing yards, a single-season record that stood until the 1960s. He graduated from Cumberland in 1936 and returned to teach English from 1960-62. The former Cumberland football stadium, now used for soccer, is named in his honor.