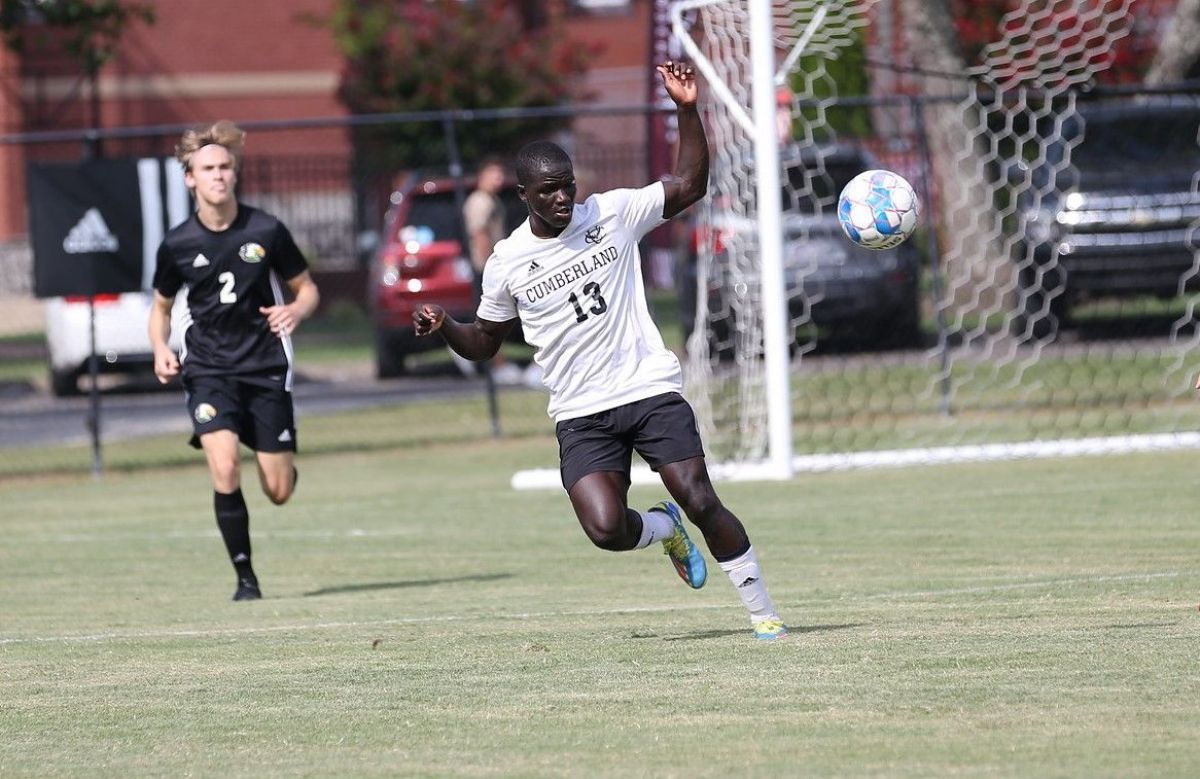 Cumberland (3-1) outshot Marian University 21-6 while only allowing one shot on goal in the contest. The Phoenix put nine shots on target while scoring on three of them.

Cumberland jumped out to a 1-0 lead with around 25 minutes left to play in the first half when Robbie Lyons found Brima Kamara at the top of the box to connect on the first goal of the game. Kamara's shot found its way into the far right corner of the net for his second goal of the season.

Jacob Forster sent a deep pass all the way down field to Kamara who was able to take the ball the rest of the way and drive it into the back of the net for his second goal of the game with ten minutes left to play in the half.

The Phoenix extended their lead to 3-0 early in the second half when Lyons connected with a shot from outside of the box that found its way over the goalkeepers hands. A Marian defender tried to clear the ball out of the box with a header but the cleared pass went straight to Lyons for the beautiful goal.

Cumberland's defense was able to take control and run down the time from that point on to secure the 3-0 win for the Phoenix.

Cumberland will be back at home on Tuesday, September 20 to open up conference play against Campbellsville University.