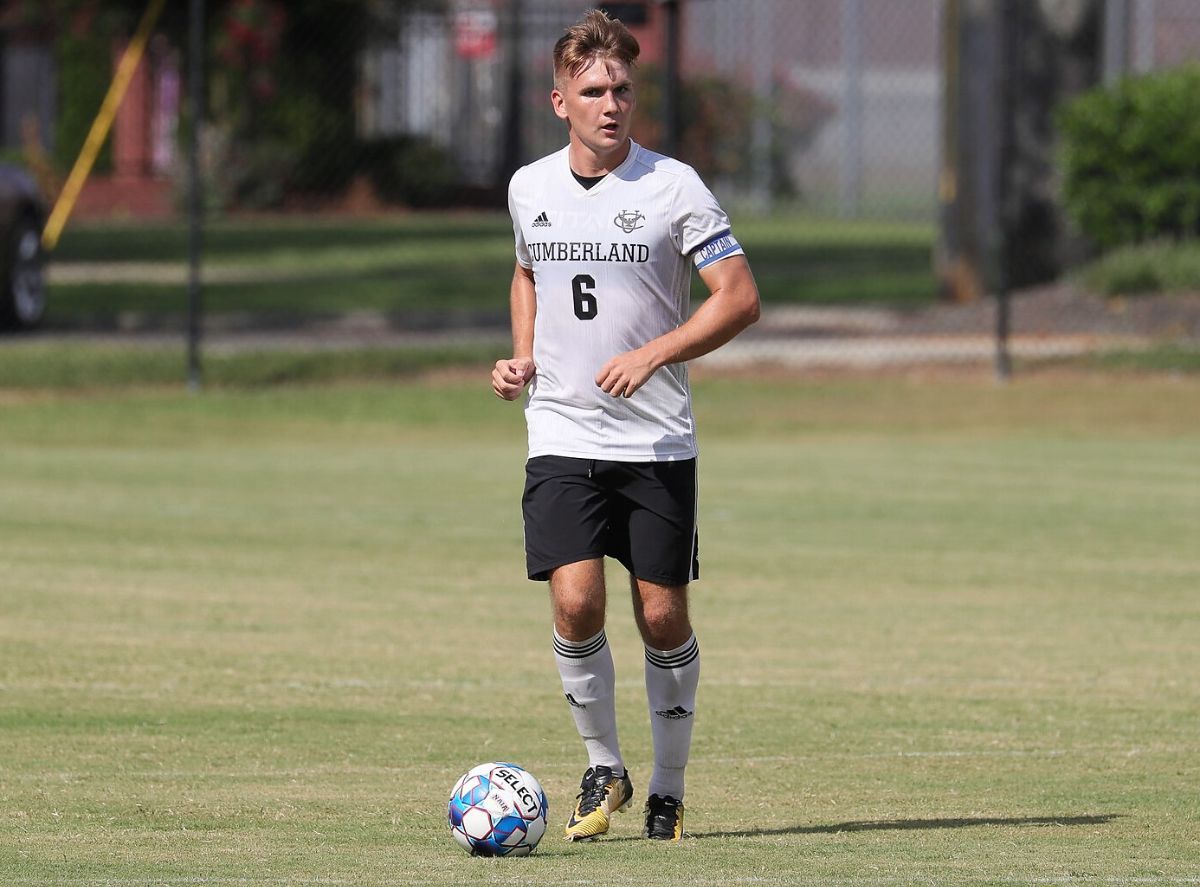 Cathal Coyne scored the third goal of the match for Cumberland in the 77th minute. (Credit: Steve Wampler)
Lindsey Wilson at Cumberland | September 25, 2022

LEBANON, Tenn.--Robbie Lyons scored to give the Phoenix the lead at the half and Brima Kamara and Cathal Coyne buried second half goals to get a 3-1 win over Lindsey Wilson at Lindsey Donnell Stadium.

Cumberland (4-1-1, 1-0-1 MSC) ended a four match losing streak to the Blue Raiders and pick up their first conference win of the season. Cumberland will play host to Freed-Hardeman on Wednesday to end a four-match home stand at 3:00 p.m.

The Phoenix tacked on their second goal in the 57th minute as Cathal Coyne made a long pass to Kamara. Kamara was able to get behind the back line of Lindsey Wilson for a one-on-one opportunity with the keeper. He made a move to the left to get around him and score the goal into an empty net.

The Blue Raiders cut the deficit when Forester was called for a foul in the box giving Lindsey Wilson a penalty kick. Alexander Koziolezk converted the PK in the 75th minute.

Moments later, on a corner, Lyons played the ball into the box where it found Coyne who was able to put it in the back of the net for the 3-1 advantage.

Cumberland would hold on for the rest of the match without allowing a shot on goal in the second half.