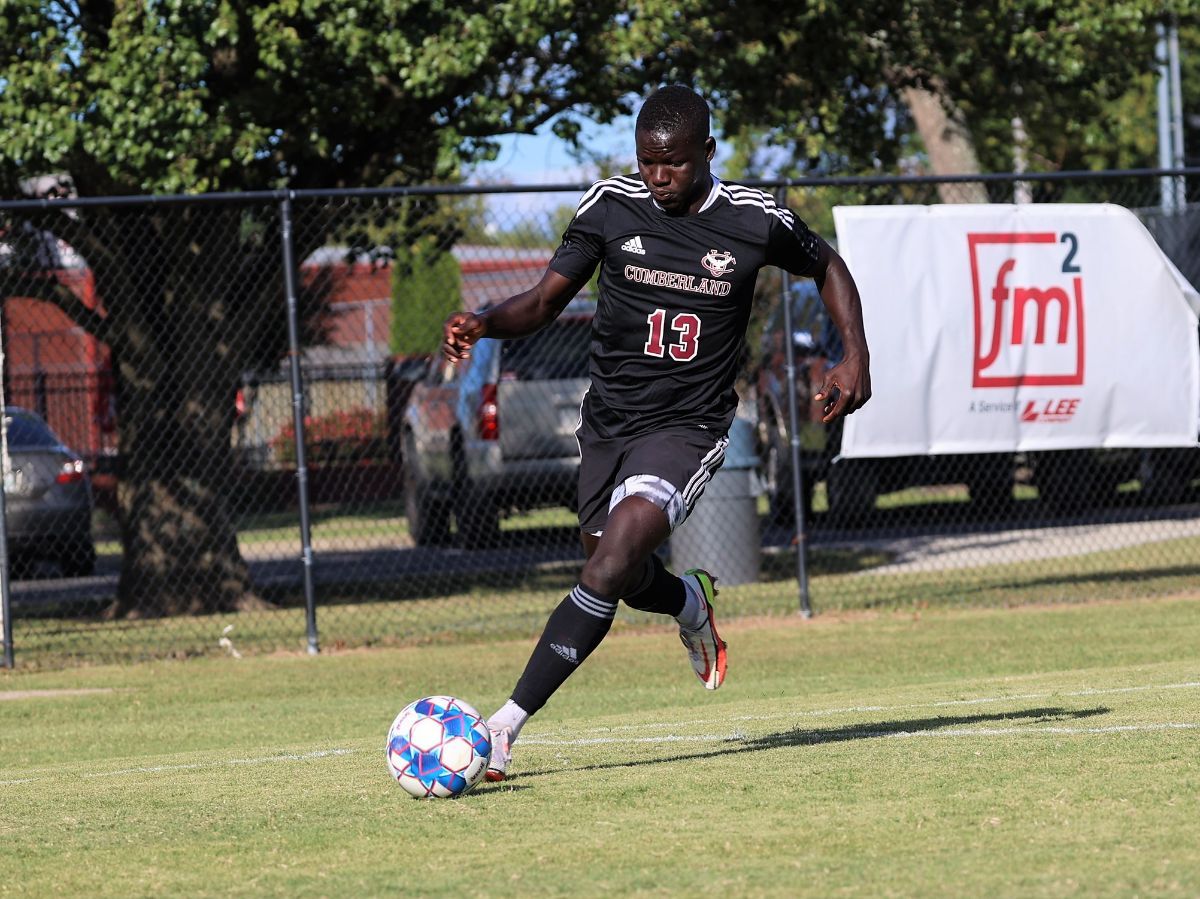 Brima Kamara scored a goal and had an assist in the shutout against Freed-Hardeman (Credit: Carlee Teague)
Freed-Hardeman at Cumberland | September 28, 2022

The Phoenix (5-1-1, 2-0-1) picked up three big points in the conference standings heading into a tough matchup this weekend at home against No. 23 Bethel University.

Cumberland had three different goal scorers in the match and put 22 shots up in the match, 13 of them were on goal.

Freed-Hardeman (4-3-1, 0-2-1) could not create many chances only getting two shots on goal both coming from Joao Pedro off the bench for the Lions.

Cumberland put the pressure on early as the Phoenix capitalized on a corner kick in the second minute. Robbie Lyons played a short pass to Victor Ramirez and Ramirez one-time passed it back to Lyons. He ripped it into the box and Kam Stanley finished at the net for his third goal of the season and an early 1-0 lead.

Cumberland had a goal negated due to an offsides call, but continued the pressure in the first half as Brima Kamara was in the right place at the right time for his fifth goal and a 2-0 lead at the break.

In the second half, with a comfortable lead the Phoenix started to play several reserves, but still added to the lead. Kamara was able to head a ball to Ramirez and Ramirez put a shot on the back post that ricocheted off the post to Carson Tighe for a wide open goal. His first goal of the season.

The Phoenix had control of the match from the opening minute and dominated all statistical categories. CU took six corners to Freed’s two and continually had the ball on their side of the pitch.

Cumberland will have a tough test on Saturday to end a four-match home stand as they take on No. 23 Bethel. Kickoff is slated for 3:30 p.m. after the women’s match.