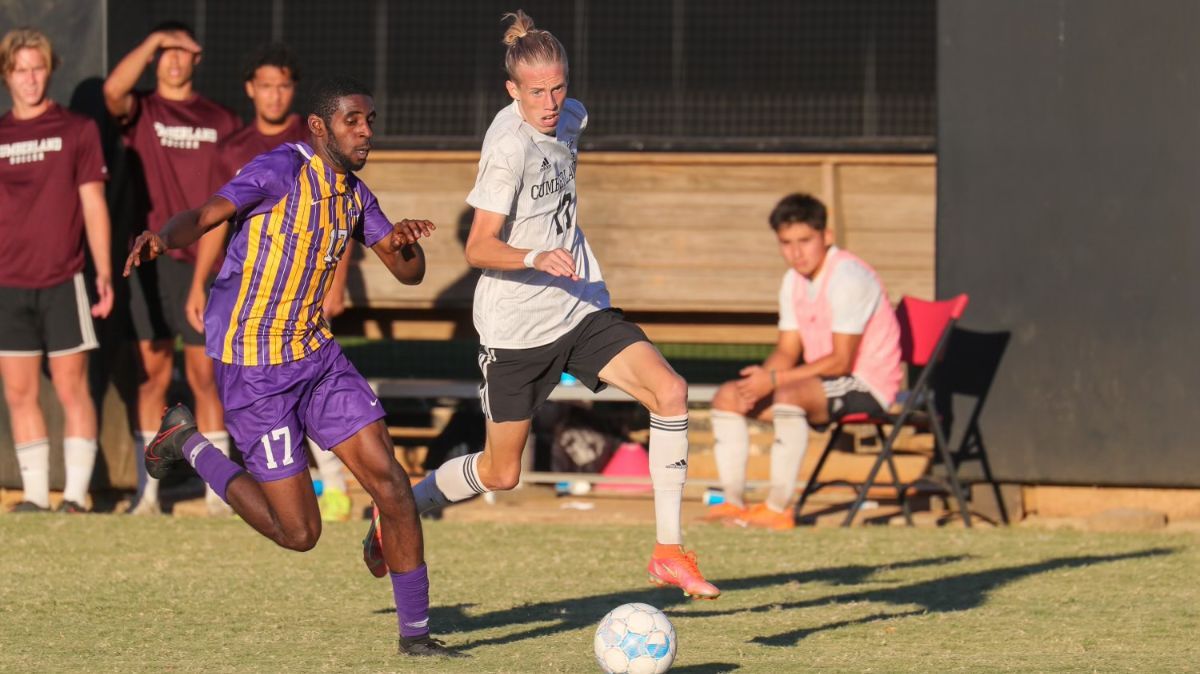 PIKEVILLE, Ky.-- Cumberland men's soccer extends their winning streak to four games after defeating the University of Pikeville on the road 5-2.

Cumberland (7-1-1, 4-0-1 MSC) outshot the Bears 17-0 in the first half of play with nine shots on goal in the half to set the tone early against their conference rivals. The Phoenix ended with 22 total shots compared to six by Pikeville.

The Phoenix took an early 1-0 lead just over seven minutes into the game when John Azar found Kam Stanley in the center of the box. Stanley connected on a strong shot into the back of the net and passed the diving Pikeville goalie.

Only eight minutes later, Robbie Lyons centered a pass over to Stanley who fired a shot into the top right corner of the net for his second goal of the game giving the Phoenix a 2-0 lead.

Robbie Lyons stretched the Phoenix lead in the 24th minute of play when he sent a powerful shot off his left foot into the top right corner of the goal for a 3-0 Phoenix lead.

Cumberland added another goal 36 seconds later when Victor Ramirez crossed a pass in front of the goal to Kam Stanley who connected to complete the hat trick and give Cumberland a 4-0 first-half lead.

Junior defender Joaquin Carrillo pushed the Phoenix lead to 5-0 in the 61st minute with his first career goal off of a corner kick opportunity.

Pikeville cut the Phoenix lead down to 5-2 late in the game after back-to-back goals by Paul Kueltz but it was too little too late as the Phoenix cruised the rest of the way for a 5-2 victory.

Cumberland will be back in action Saturday, October 8 as they travel to the No. 15 University of the Cumberlands.