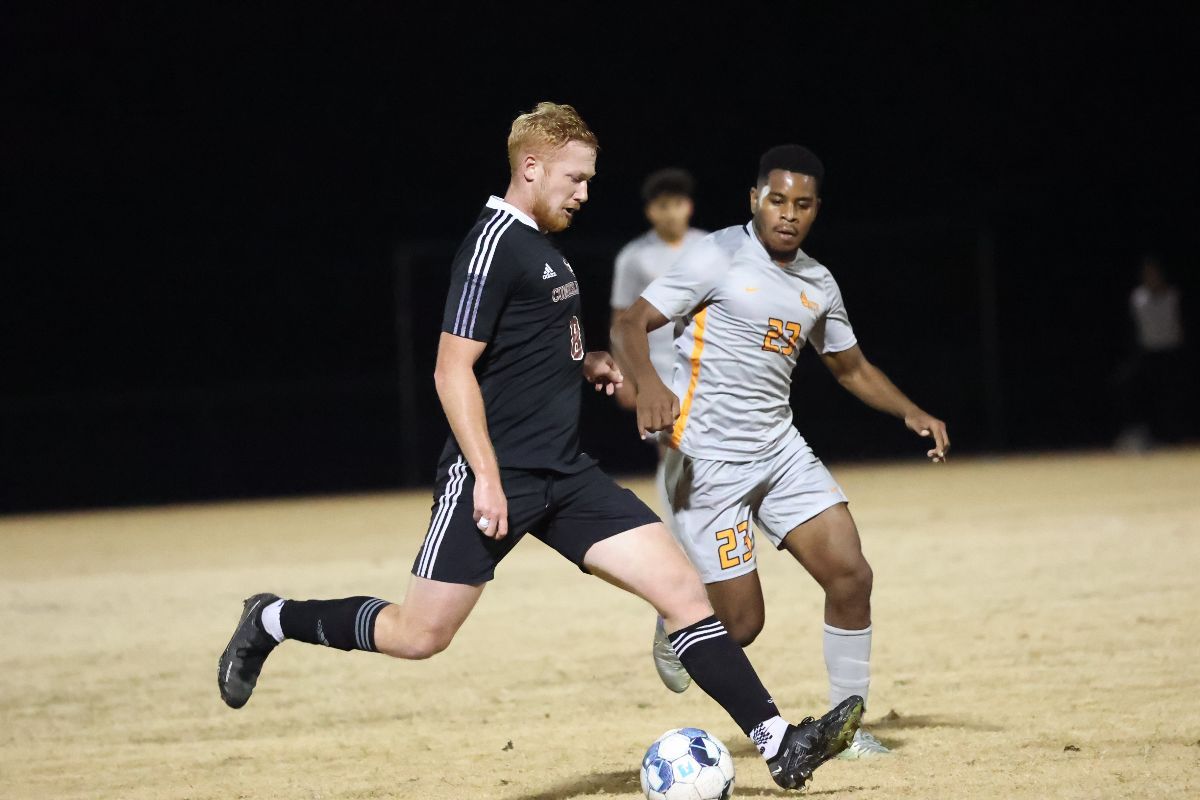 Tennessee Southern jumped up in the first half after a goal from Miguel Tizapia in the 29th minute. Konstantinos Theodorakis passed it Tizapia who chipper over Cumberland keeper Jacob Forster for the goal and 1-0 lead.

The Phoenix had their chances as a couple free-kick just outside of the box led to shots on goal, but Firehawks keeper Ajay Murray made two saves on those shots. Christian Chase also put two shots on goal, but Murray kept them from the back of the net.

CU put up seven shots in the first 45 with six on target. The Firehawks just had two with Tizapia’s going in for a goal.

Out of the break, Tennessee Southern quickly pushed their lead out to 2-0. Cumberland committed a foul outside of the box and Carlos Galan capitalized on the ensuing free-kick.

The Phoenix answer quickly with a goal from John Azar. Martin Walsh played to Azar in the middle of the box and Azar went far post for the goal to cut it to 2-1 with 34 minutes left.

In the 73rd minute, Cumberland had a great look as the ball found Stephen Itugbu in the box. Itugbu fired a shot that beat the keeper, but a great defensive save bu Tennessee Southern kept the score at 2-1.

The Phoenix had a great look in the last minute as Cumberland was scrambling to score a goal. The ball was played into the box and wound up with Cathal Coyne who took a shot and missed high.

Tennessee Southern would hold on to get the win to win the Regular Season Conference Championship. The Phoenix posted 14 shots during the game with 10 on goal.

Cumberland awaits the result of the Campbellsville and Lindsey Wilson game to determine if they will be the No. 4 or No. 5 seed.