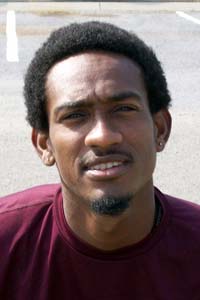 2010 (JUNIOR): Played in three matches before re-injuring his surgically-repaired knee, knocking him out for the rest of the season … Saw action in three matches – versus Emmanuel College and Faulkner Univ. and at Virginia Intermont … Took only three shots of the year against Faulkner.

2009: Redshirted after a season-ending knee injury with club team in July.