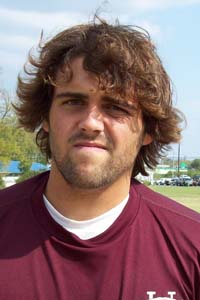 2010 (JUNIOR): Named TranSouth Scholar-Athlete … Played in 14 matches with 12 starts at defender … Member of defense that posted two shutouts and limited opponents to two goals or less seven times during the season … Did not play in two matches, versus Harris Stowe State and Lyon College.

2008 (FRESHMAN): Member of the team but did not play in any matches.