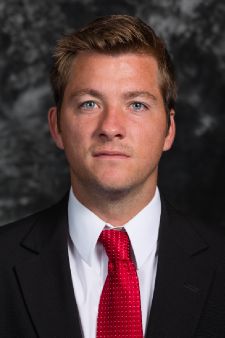 Kyle Smith begins his third season as head coach for men’s soccer at Cumberland after accepting the position on May 30, 2013.

Smith's first year at Cumberland was a bit unlucky in many ways, with the squad posting an 0-6-1 record in overtime during the regular season, including losses in the first 75 seconds of the first extra period (Trevecca Nazarene) and also in the final minute of the second overtime (Campbellsville University). The squad finished fifth in the regular season in the Mid-South Conference and finally got off the schnide with a 2-1 overtime win against the University of the Cumberlands in the quarterfinals of the conference tournament on Tom Reilly's goal in the final minute of the first extra period.

The Phoenix then pulled the shocker of the tournament with a 1-0 victory against second-ranked Lindsey Wilson in the semifinals. Luke Wilson's goal in the 79th minute provided the game-winner, backing up seven saves in net from Ian Hamilton. Cumberland finished the year 7-13-1 overall after falling in the tournament championship game to sixth-ranked University of Rio Grande.

Cumberland started slowly last season as well, going 1-4-1 in its first six matches before turning things around in late September. The Phoenix reeled off five consecutive victories and won 8-of-9 with only a 2-1 loss to No. 9 Lindsey Wilson. CU won its quarterfinals match in the conference tournament at home but lost 2-1 to St. Catharine College in the semifinals, ending the year 11-7-1.

Smith previously served two seasons as a full-time men’s assistant coach at NCAA Division I Drake University in Des Moines, Iowa, helping the Phoenix to a 17-19-5 mark in the ultra-competitive Missouri Valley Conference. Drake posted an 11-8-1 record in 2011 and 6-11-4 in 2012, earning a berth in the semifinals of the State Farm MVC Championships both seasons.

A total of 11 players garnered All-Missouri Valley accolades over the two seasons, including Matt Kuhn, who was selected by DC United in the MLS Supplemental Draft in 2011. In addition, two student-athletes were named MVC Scholar-Athletes and Nick Marshall earned First Team Capital One Academic All-District honors in 2012.

Smith attended high school at University School of Jackson in Jackson, Tenn., playing for coach Chris Leonardi and captaining the Bruins to two straight district and region championships. He was also a member of the Jackson Soccer Club, with his team winning a club state championship and finishing as runner-up as well.

His collegiate playing career began at the University of Charleston in West Virginia before transferring to Lambuth University for his final two seasons in 2005 and 2006. He earned his bachelor’s in Health and Human Performance from Lambuth in 2009 and a master’s in Teaching with emphasis in Exercise Science from Hastings College in 2011.

Smith started his coaching career at his alma mater, serving two seasons with the Eagles and helping the program to back-to-back TranSouth Conference titles and the club's initial NAIA national tournament berth and national ranking. He served as the head recruiting coordinator and player evaluator at Lambuth and oversaw technical training as well as the strength and conditioning program for the club.

He then worked two years as an assistant women’s coach at Hastings College in Hastings, Neb., with the Broncos winning the Great Plains Athletic Conference regular season and tournament titles en route to a national NAIA runner-up finish in 2010. The club posted 12 shutouts and eight players were named First and Second Team All-Conference with two NAIA Scholar-Athletes that season.

Smith holds a USSF 'B' license and a National Youth license and boasts coaching experience at Regional/State ODP, club and high school levels. During his time at Drake he served as the boys and girls technical director for the U-12-14 team with the West Des Moines Soccer Club.

He was a member of the US Youth Soccer ODP Region II Staff in Kansas City for two years, assisting Ian Barker, NSCAA Director of Coaching Education and Western Illinois men’s soccer head coach Eric Johnson. Smith also served as the head coach of the Iowa ODP 1997 club for one year.

He was the head coach of the 1996 and 1997 boys and assistant for the 1994 girls in the Nebraska ODP from May 2009-May 2011 and served as a player evaluator and administered training sessions for the 1996 Tennessee ODP club. He was head coach for the U16 boys and U13 girls in the Jackson Wolves Soccer Club in Jackson, Tenn., from 2003-09 and was responsible for ongoing player development in the form of technical clinics, skill, speed, fitness and agility training.

At the high school level Smith was an assistant boys coach at Hastings High School for the 2010 and 2011 seasons. HHS finished as the state runner-up in 2010, posting a 14-6-0 mark and winning a conference championship as well as posting the school’s first-ever wins in state competition. The squad won the conference title again in 2011 with a 12-8-0 record, earning a berth into the state championship again.

Smith was married to the former Stacey Klich from Omaha, Neb., in August 2013.