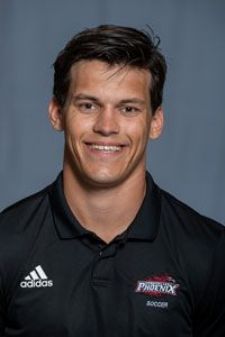 Markus Skraastad joined the Cumberland University Men’s Soccer staff as a graduate assistant in January 2020 after a very successful playing career at Cumberland.

Skraastad played a pivotal role in three conference championships for the Phoenix in 2015, 2017 and 2018.  The Kristiansand, Norway native started and played in all, but one game throughout his career helping CU win over 50 games in his four years. He posted five goals and seven assists in his career. His primary role was to solidfy the defensive unit in the midfiled.

He earned his bachelor's degree in business and administration in December of 2018 and is pursuing an MBA degree.