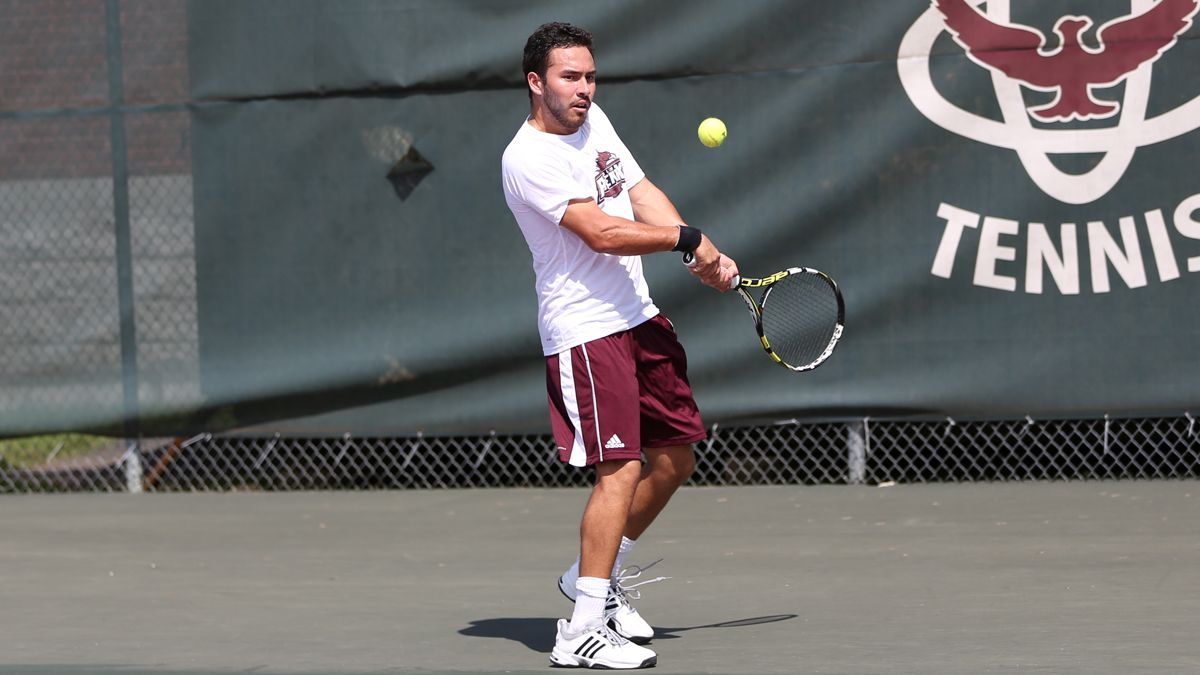 Thiago Lopes (above) and Axel Lucich won their doubles match Friday at the ITA Southeast Regionals, advancing to the semifinals. (Credit Bob Tamboli)

LEBANON, Tenn. – Axel Lucich and Thiago Lopes recorded one victory in doubles to reach the semifinals while Lucich, Ramon Puertolas and Alejo Bagnera lost in the Round of 16 in singles for Cumberland men’s tennis Friday at the ITA Southeast Regionals in Georgetown, Ky.

Rain forced the final matches of the day indoors but singles quarterfinals and semifinals as well as doubles semifinals will take place Saturday, all indoors in Nicholasville, Ky.

Lucich and Lopes defeated Georgetown College’s Ryo Takeda and Philipp Hoeper, 8-5, in the quarterfinals, advancing to play Campbellsville University’s Will True and Adrian Sabrojo in the semifinals.

Lucich split sets with Indiana-Southeast’s Garrett Fensler, 2-6, 7-5, before winning in a supertiebreaker, but the senior dropped a 6-2, 6-2, decision to Union College’s Srdan Pejic in the Round of 16.