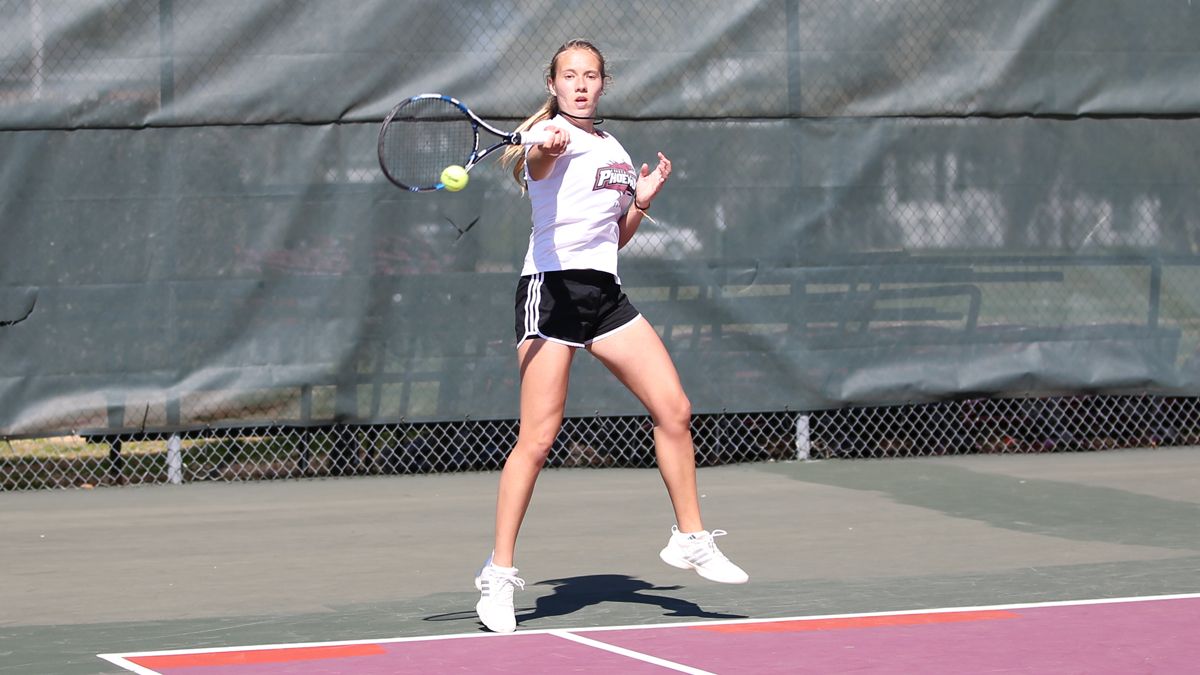 LEBANON, Tenn. – Ainhoa Garijo Garrido posted two singles and one doubles victory, reaching the finals in both, while Axel Lucich and Thiago Lopes also made the finals in doubles for Cumberland tennis Saturday at the ITA Southeast Regionals.

Because of continuing rain Saturday in the central Kentucky area, all matches were played indoors in Nicholasville, Ky.

Jessica Hernandez dropped a 7-5, 6-2, decision to Ljiljana in the quarterfinals.

Garijo Garrido and Marianela Landi registered an 8-3 victory over Jaclyn Jewell and Luka Lyttle from the University of the Cumberlands in the doubles semifinals. The Phoenix take on Petkovic and Pajcin in the finals at 9 a.m. ET.

For the men, Lucich and Lopes registered an 8-4 win against Campbellsville’s Will True and Adrian Sabrojo in the finals. They play Union’s Luis Castellon and Alex Kostka in the finals, also at 9 a.m.

Ramon Puertolas was the lone remaining singles player for the CU men, dropping a 6-0, 6-4, to Martin Methodist’s Jesus Quesada.