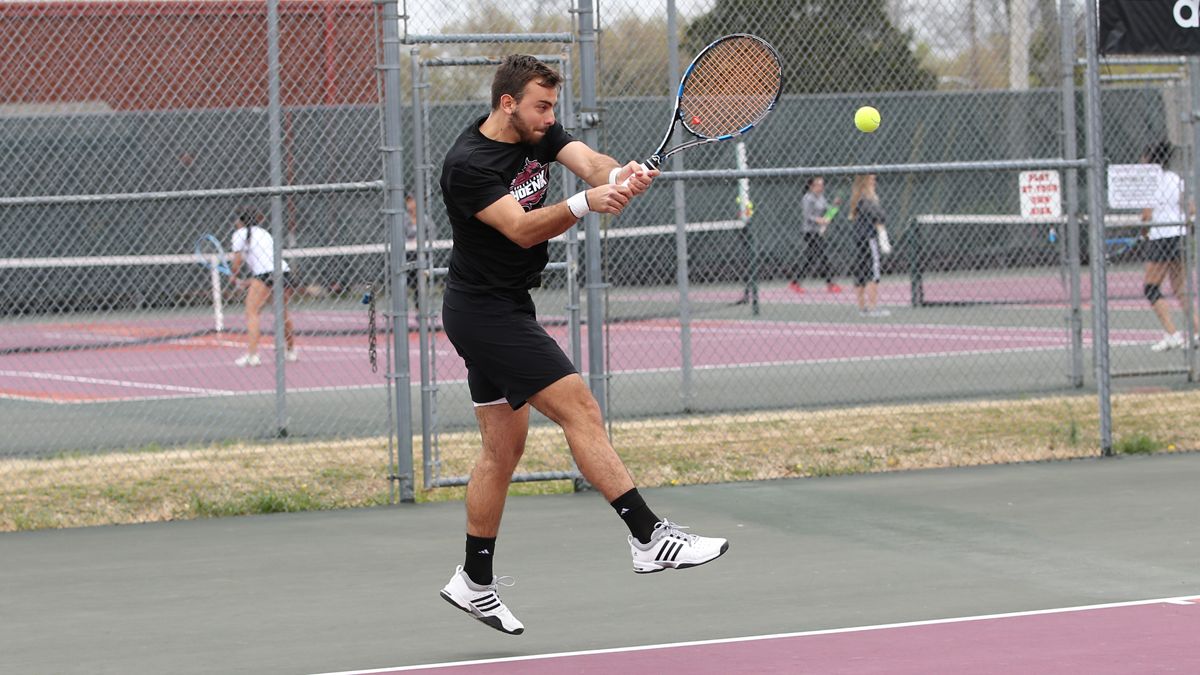 Axel Lucich (above) and Thiago Lopes lost in three sets Thursday in the first round of the ITA Cup in Rome, Ga. (Credit Bob Tamboli)

LEBANON, Tenn. – Cumberland’s Ainhoa Garijo Garrido dropped her match in straight sets and the doubles tandem of Axel Lucich and Thiago Lopes lost in a supertiebreaker in the third set Thursday at the ITA Cup in Rome, Ga.

Lopes and Lucich lost a hard-fought 4-6, 6-3, 10-7, decision to Keiser University’s Riccardo Ferraris and Oliver Koeng on Thursday afternoon at the Rome Tennis Center at Berry College.

Formerly known as the Small College Nationals and Oracle ITA Cup, the ITA Cup has history dating to 1986 and is the only singles and doubles national championship event for the Division II and NAIA levels. This year, more than 8,000 players took part in a total of 60 regional tournaments to gain entry into the ITA Cup field.

Each of the four divisional singles champions (Division II, Division III, NAIA and JUCO) will be automatically entered in the 2018 Oracle ITA National Fall Championships, which takes place November 7-11 in Surprise, Ariz., providing the student-athletes the opportunity to compete in the same tournament as the nation's top Division I players.

In previous years, only one singles player had earned that distinction by winning the "Super Bowl" or "Oracle Cup", which pitted the four divisional winners against each other for the right to play in the fall season's final tournament. In 2017, the format changed, with each of the four divisional singles champions (Divisions II, III, NAIA and JUCO) per gender earning a spot in the fall finale.

Men's and women's doubles will still take part and compete for the ITA Cup, with the winners of those two (one men's, one women's) draws moving on to the Oracle ITA National Fall Championships.