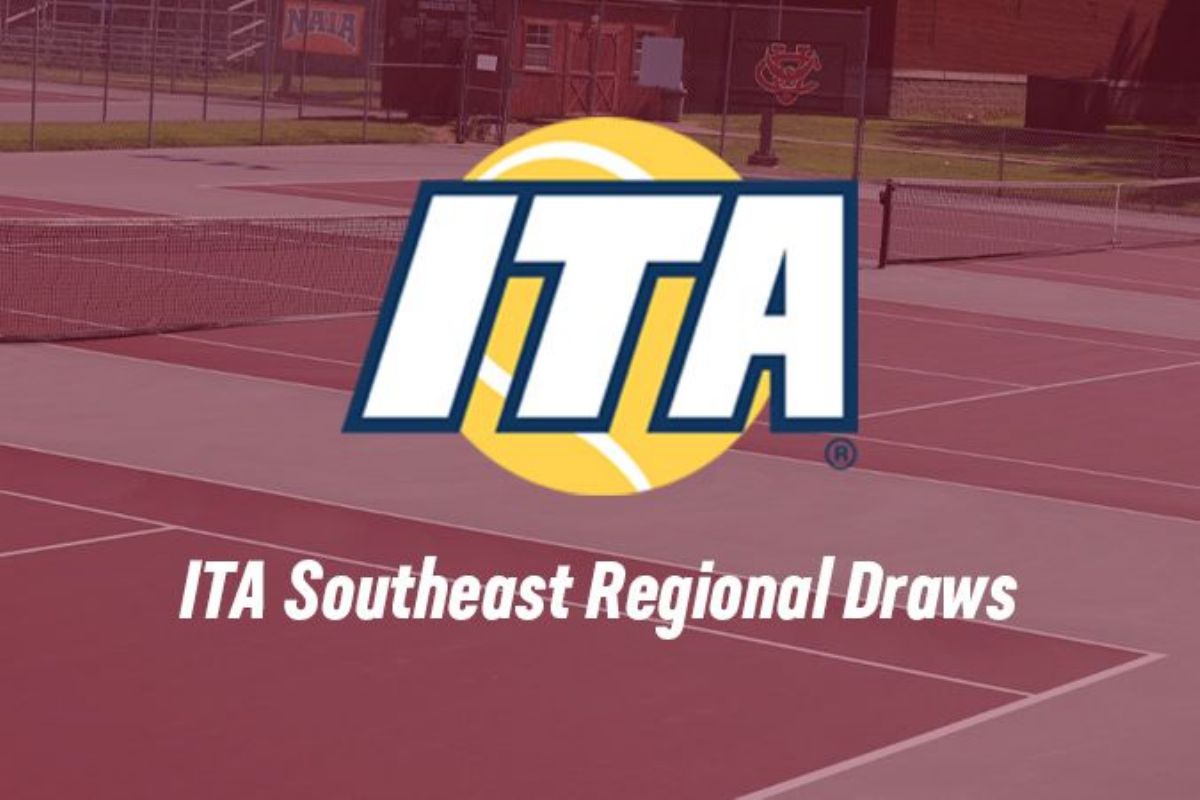 LEBANON, Tenn. – Cumberland tennis begins to play in the ITA Southeast Regionals presented by Oracle on Thursday in Murfreesboro, Tennessee.

Brackets of 64 singles players and 32 doubles teams were published for both men and women on Wednesday.

For the men, newcomer Carlos Padilla takes on Dalton Young in the Round of 64 and Aleksandar Milosevic plays Carter Rigsby from Milligan University. Sophomore Sacha Colomban faces the winner of Martin Methodist's Manual Rodilla and Rodrigo Huarachi from Bluefield in the Round of 32. Freshmen Dan Slapnik Trost takes on Bethel's Jeffery Lee in the Round of 64.

Freshmen Adrijan Hrzic received a bye and will face the winner of Eathan Ernest and Cumberland’s Eric Banoub in the Round of 32. Frangil Ramirez takes on Sergio Delgadillo and freshmen Jackson Vaughn will play Freed-Hardeman's Brendan Jobe, also in the Round of 64.

In doubles, Carlos and Andres Padilla receive a bye into the Round of 16 and will face the winner of Umeda and Wu from the University of the Cumberlands and Freed-Hardeman's Lopez and Quintana. German Suarez and Jackson Vaughn will face Andre and Lee from Bethel.

Hrzic and Colomban also received a bye into the Round of 16 and will face the winner of Mosely and Rigsby from Milligan and Arnold and Brenden Jobe from Freed-Hardeman. Aleksandar Milosevic and will play Ricketts and Nichols from Bethel.

For the women, every Cumberland player received a first-round bye and will start off the tournament in the round of 32. Junior Joanna Bou takes on Sophia Vasconcellos from Bethel University. Newcomer Alexandra Leisibach faces Savannah Corbitt in her first match. Sophomore Jessica Hernandez takes on Kensley Crossino in the round of 32. Junior Ksenija Dmitrovic takes on Annabella Barait for her first match. Freshman Carly Earnhardt faces Mikaela Fros of the University of the Cumberlands. Senior Ainhoa Garijo Garrido will face the winner of Bethel's Kelsie Seiber and Lilian Vance.

In doubles, every Cumberland tandem receives a first-round bye and advances to the Round of 16. The doubles team of Ksenija Dmitrovic and Joanna Bou take on Crossino and Stone from Bethel University. Freshman doubles partners Alexandra Leisibach and Carly Earnhardt play Lancaster and Sullivan from Freed-Hardeman University. The second-seeded team of Ainhoa Garijo Garrido and Jessica Hernandez take on Milligan's Barrett and Peterson.

The tournament runs through Sunday at Adams Tennis Complex in Murfreesboro, Tenn.