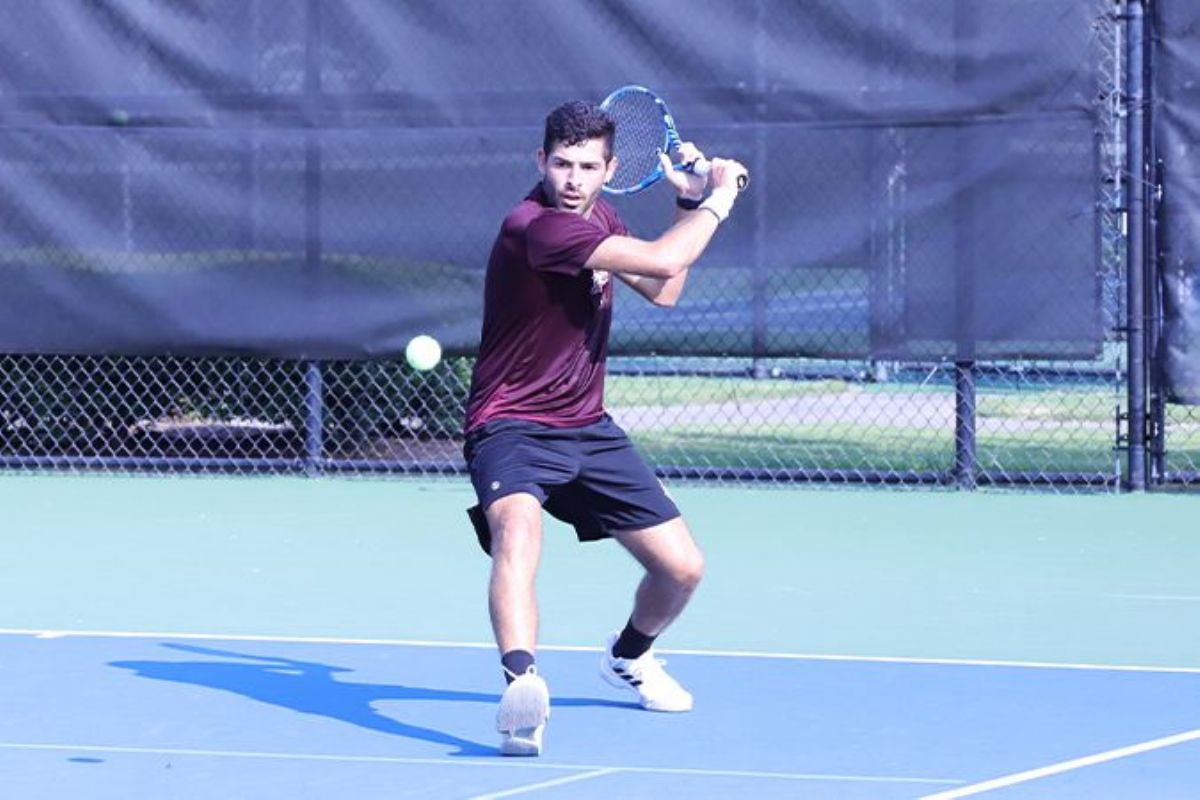 Carlos Padilla collected two singles wins on the day, first 6-1, 7-5, victory over Freed-Hardeman’s Dalton Young. Padilla advances to the Round of 16 after a clean sweep of Ethan Nichols from Bethel University, 6-0, 6-0. He will advance to the Round of 16 and take on the winner of the Cumberland's Martin Barbier and Milligan's Mason Grear.

Milosevic dropped the first set to Milligan's Carter Rigsby, but regrouped for a big win and advance to the Round of 32 on Friday, 1-6, 6-4, 6-2. He will take on Ryan Little from Montreat, Little had a first-round bye. Colomban had a first-round bye of his own and used it to his advantage defeating Martin Methodist's Manual Rodilla, 6-1, 6-2. He awaits the winner of Bethel's Jao Andre and Freed-Hardeman's Arthur Calendre in the Round of 16.

Freshmen Slapnik Trost picked up a Round of 64 win handling Jeffrey Lee from Bethel University, 6-2, 6-1. The Skofije, Slovenia native will advance to Friday's play taking on Anohaur Braham from Montreat. Suarez won his first collegiate bout with a win against Nathan Smiley from Milligan, 7-6, 5-2, and advances to face Cumberland's Robert Wu.

Ramirez picked up a singles victory in the Round of 64 over Martin Methodist's Sergio Delgadillo, but lost his Round of 32 match with Luis Montull from the Cumberlands, 6-1, 6-3, ending his singles action for the tournament. N'Goma had one of the toughest matches on the day coming up just short to Montreat's Taketoshi Nanoa, 6-7, 7-6, 6-4, ending his singles action as well.

In doubles action, Milosevic and Ramirez had a quick 8-0 victory over Ethan Ricketts and Ethan Nichols from Bethel. The duo advance to the Round of 16 to take on Nagoudi and Braham from Montreat.

Suarez and Vaughn also collected a win, this one was a hard-fought victory, defeating Bethel's Andre and Lee, 9-7. They will face Ryan Little and Taketoshi Nanoa on Friday.

Carlos and Andres Padilla received a bye to the Round of 16 and are set to square off with Umeda and Robert Wu from the Cumberlands.