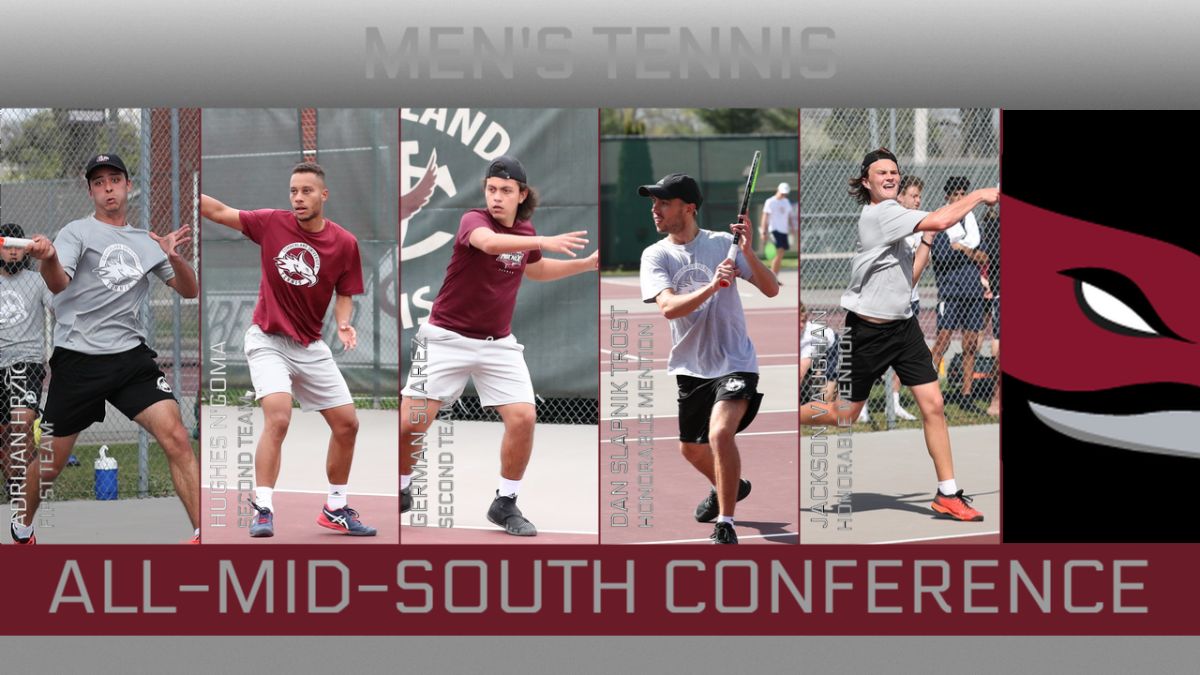 Adrijan Hržić highlights the Cumberland men's tennis players on the board listed as the only Phoenix on the First-Team All-Mid-South Conference. Hughes N'Goma and German Suarez were named Second-Team All-Mid-South and Dan Slapnik Trost and Jackson Vaughan earned Honorable Mention honors.

During the regular season, Adrijan Hržić garnered Mid-South Conference Men’s Tennis Player of the Week honors one time in his freshman campaign. He posted a 14-3 singles record and a 11-4 record in doubles.

Cumberland men's tennis lost in the Mid-South Conference Finals Match to the Lindsey Wilson Blue Raiders and have to wait until the national qualifiers are released on May 4th to see if they will make an appearance in the NAIA National Tournament.