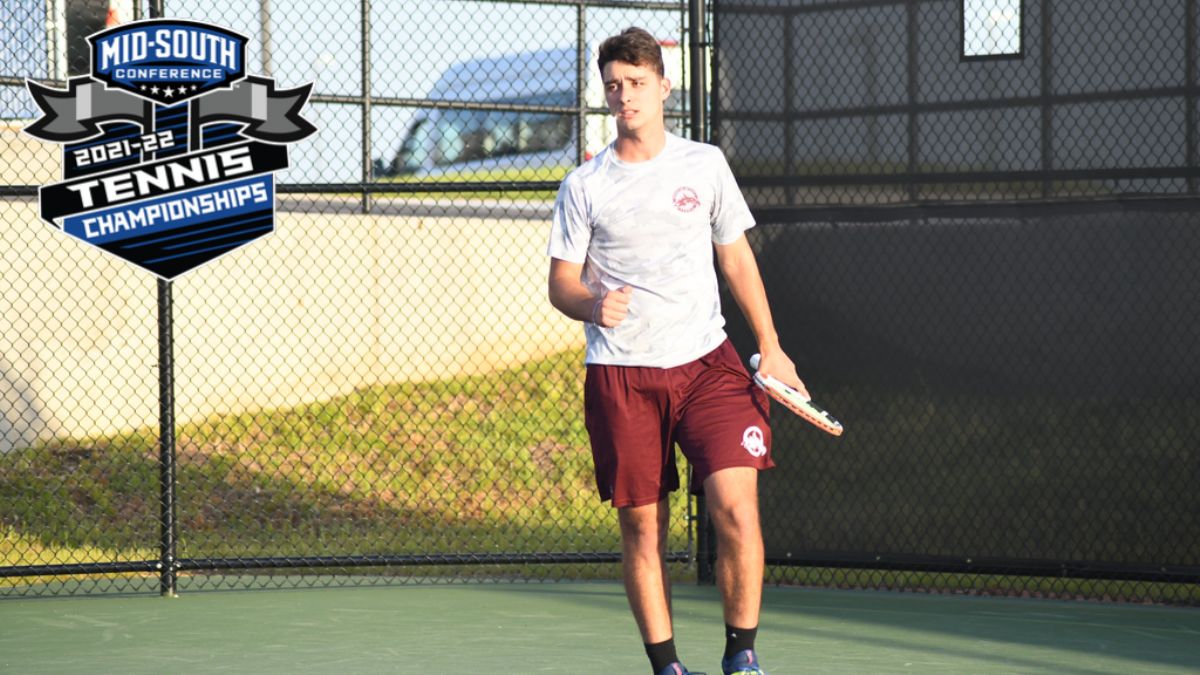 BOWLING GREEN, Ky.-- No. 3 seeded Cumberland men's tennis earns a big 4-3 win over No. 6 Tennessee Southern in the Mid-South Conference

“Our team keeps showing grit and determination to stay together under adversity. Today was a huge win as we lost the doubles point and we were down a set in all the courts except at number 1," head coach Thiago Lins said.
"We were down 3-1 overall and needed to win the 3 remainder courts with Sacha and German leading in the third set and Adrijan up in the second set after losing the first one.
It came down eventually to Adrijan to handle the nerves and close out the big comeback for CU. I couldn’t be prouder of the great season we have had so far on and off the court. This team is making history and representing our school at the highest manners possible.
We are another step closer to achieve our goal to make nationals this year, but as well as closer to fight for the conference title which is another team goal."

"We are ready to battle tomorrow against a very strong Cumberlands team. Let’s go CU!”