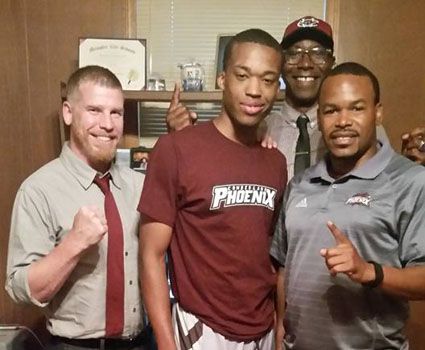 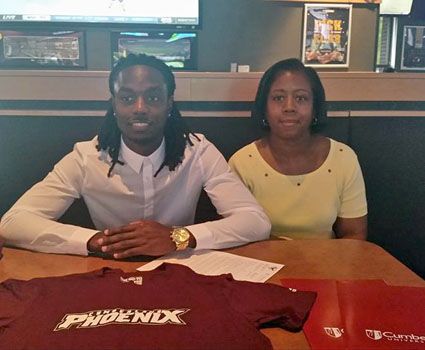 Memphis native Drew Hunter signed with the Phoenix for the 2016-17 academic year.

LEBANON, Tenn. – Cumberland track and field coach Mardy Scales announced the signings of Tavarus Frost and Drew Hunter, both Memphis, Tenn., natives, to scholarship papers this week for the 2016-17 academic year. Frost and Hunter are the first men’s track signees for the Phoenix for the upcoming season.

Frost was a Kirby High School graduate in 2014, lettering in track for coach Katari Donald. He won the 110-meter hurdle city championship and was the state runner-up in the 110 hurdles as a senior at Kirby in 2014.

Frost has previously attended Union College, Lane College and Southeast Tennessee Community College, all for one semester. He is the son of Carl and Tavarus Frost.

Hunter is a Southwind High School product, lettering in track and field and football. He garnered Region 8-5A honors as a wide receiver this past season and is the son of Larry Hunter and Sheila Ford.