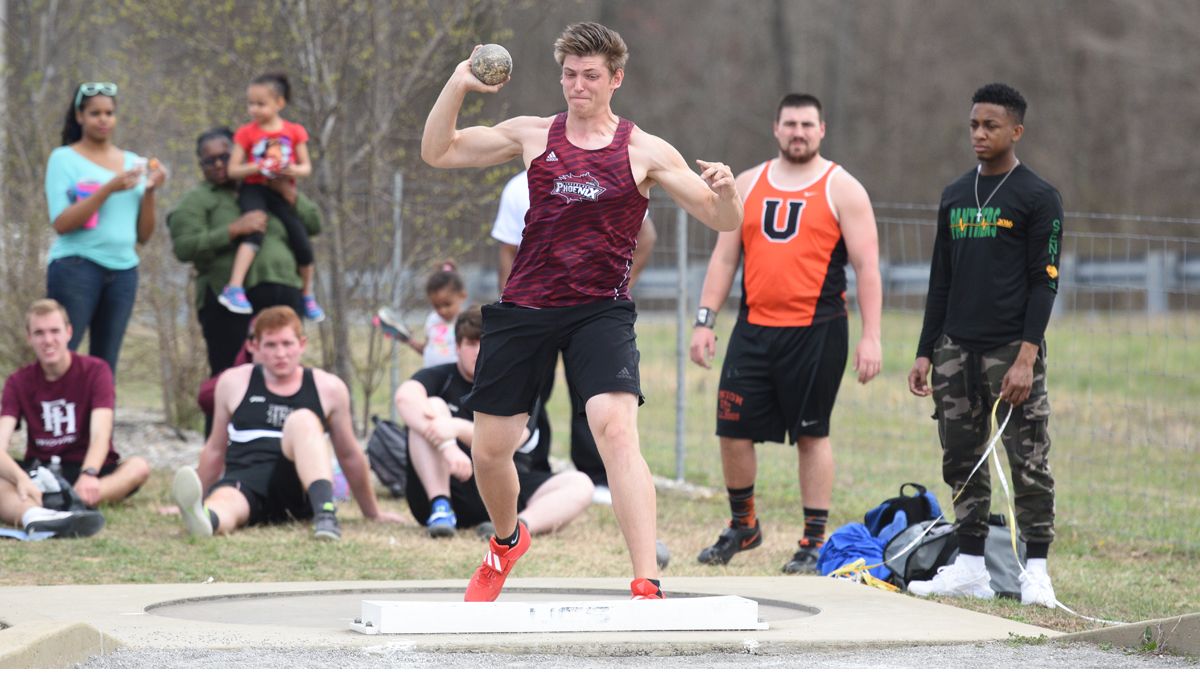 Josiah Scott placed second in the weight throw and fourth in the shot put for CU at the Ed Temple Classic. (Credit Steve Wampler)

LEBANON, Tenn. – Kalea Barnett and Josiah Scott both finished in the Top 6 in the shot put and weight throw while Tyler Williams and Ishmael Arnold finished fifth in spring events for Cumberland track and field Sunday at the Ed Temple Classic in Nashville, Tenn.

Scott placed second in the weight throw with a mark of 42-11.75 in the team's first meet of the year. The Mt. Juliet, Tenn., native tossed the shot put 45-5.75 for fourth place among 13 participants.

Williams placed fifth in the 55-meters, making it through prelims and the semifinals before running 6.51 in the finals, one-tenth of a second behind Middle Tennessee's Keyon Hugle, the event winner. The sophomore finished 16th in the 200-meters in 23.22.