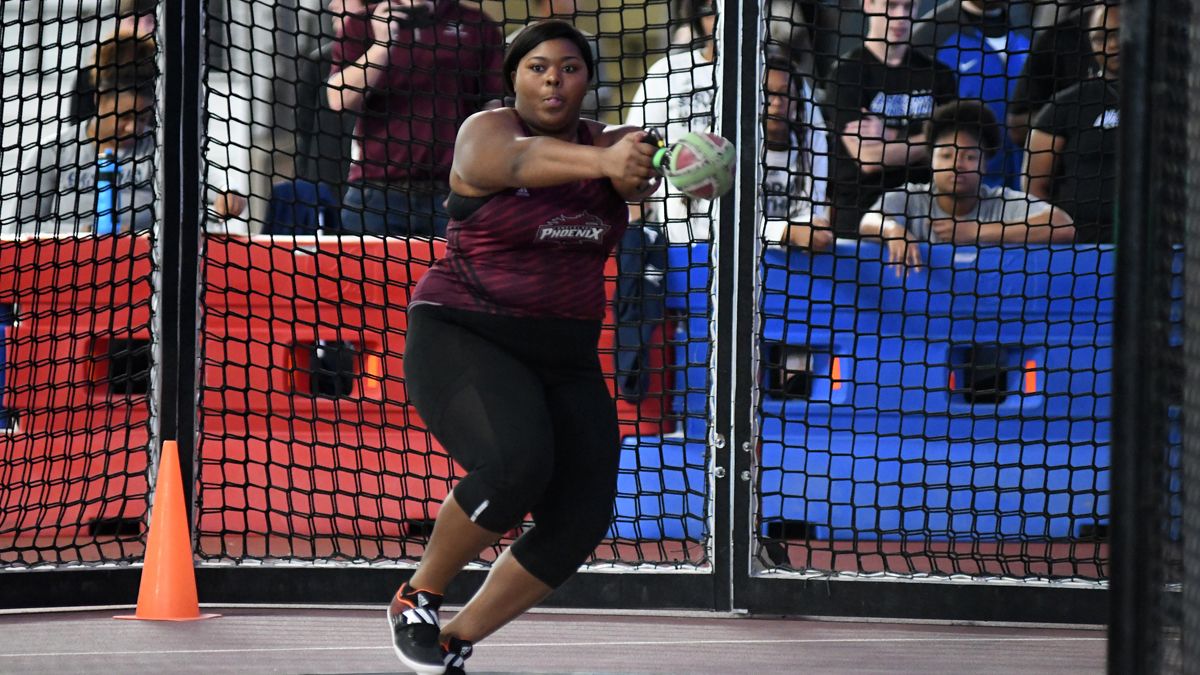 Kalea Barnett finished third in the shot put and seventh in the weight throw Sunday at the Emory Crossplex Invitational. (Credit Michael Wade)

LEBANON, Tenn. – Charles Shimukowa won the 800-meters, Bumnene Ndebele placed third in the triple jump and Kalea Barnett finished third in the shot put, leading the Cumberland track and field teams Sunday in the Emory Crossplex Invitational in Birmingham, Ala.

Shimukowa followed his impressive performances last week at the ETSU Invitational, this time taking the 800 in 1:54.56, besting 47 other competitors. The time was two seconds faster than his winning mark last week in Johnson City.

Ndebele finished third in the triple jump, clearing 47-feet, 0.25 inches, second-best among collegiate performers in a field of 14 competitors.

Barnett placed third in the shot put, registering a mark of 41-1, and the junior also finished seventh in the weight throw with a mark of 47-7.25.

In other field events for the Phoenix, sophomore Caleb Staten and junior Josiah Scott were sixth and seventh, respectively, in the weight throw with marks of 46-2.75 and 45-4.25.

The men’s 4x400-meter relay team of Shimukowa, Shamar Salmon, Will Marsh and Arnold placed fourth in 3:23.01.

Cumberland is set to run again the weekend of February 1-2, with part of the team at the Buccaneer Invitational in Johnson City, Tenn., and the rest at the Middle Tennessee Invitational in Murfreesboro, Tenn.