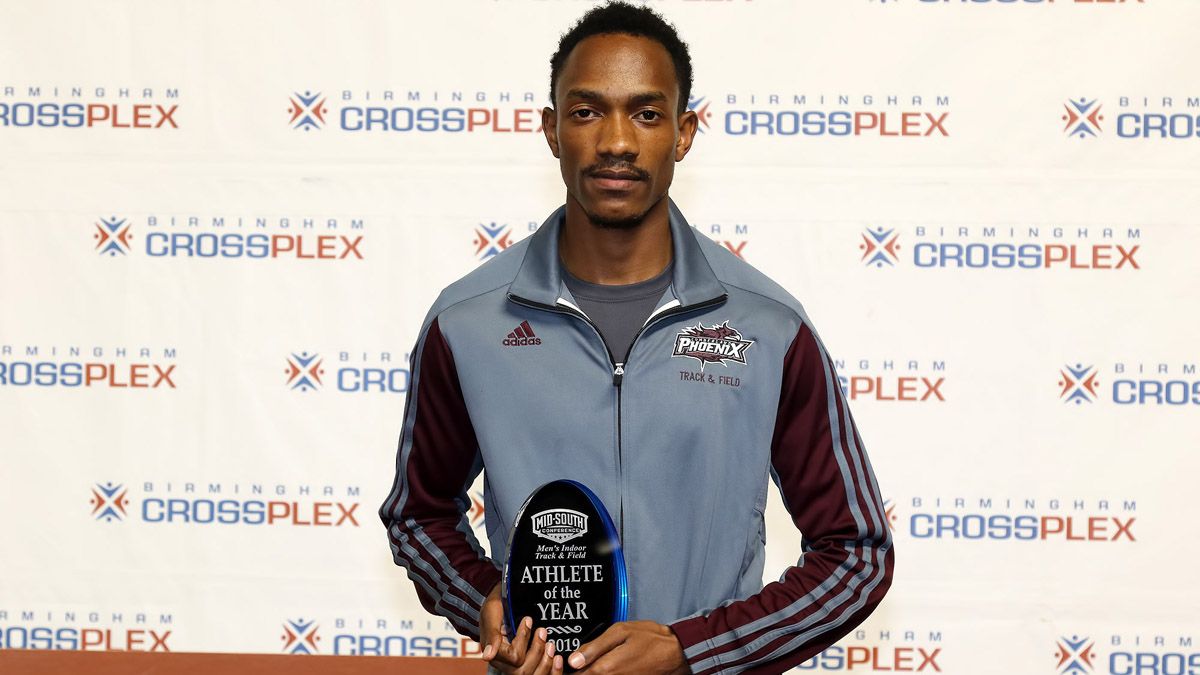 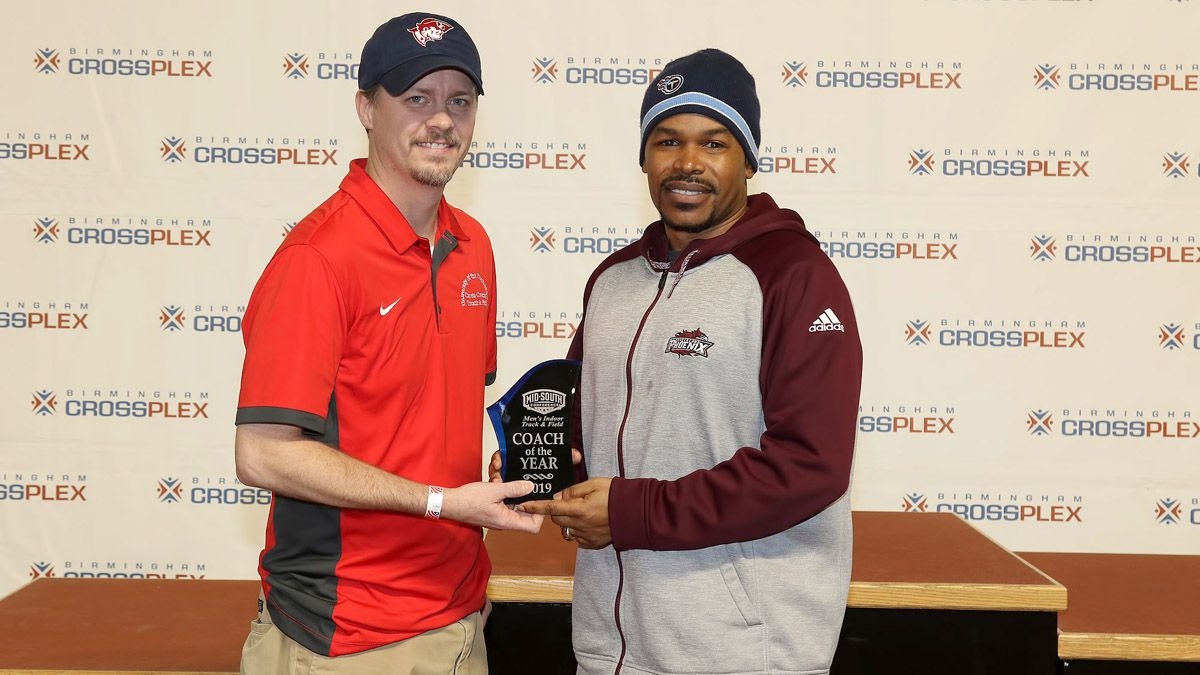 LEBANON, Tenn. – Charles Shimukowa won the 400 and 800-meters and was part of the second-place 4x400-meter relay, earning Athlete of the Year honors and helping Cumberland to a third-place showing in the Mid-South Conference Men’s Indoor Track Championships on Monday in Birmingham, Ala.

Mardy Scales also garnered Co-Coach of the Year accolades after the Phoenix finished third in the team standings behind the University of the Cumberlands and Lindsey Wilson.

The Lusaka, Zambia, native teamed with Shamar Salmon, Will Marsh and Arnold for second place in the 4x400 in 3:22.39.

Caleb Staten placed fourth in the weight throw with a mark of 44-feet, 11-inches and Josiah Scott was sixth (44-1) while Staten finished finished in the shot put with a mark of 43-feet. Dishman also cleared 10-feet in the pole vault for fifth place.