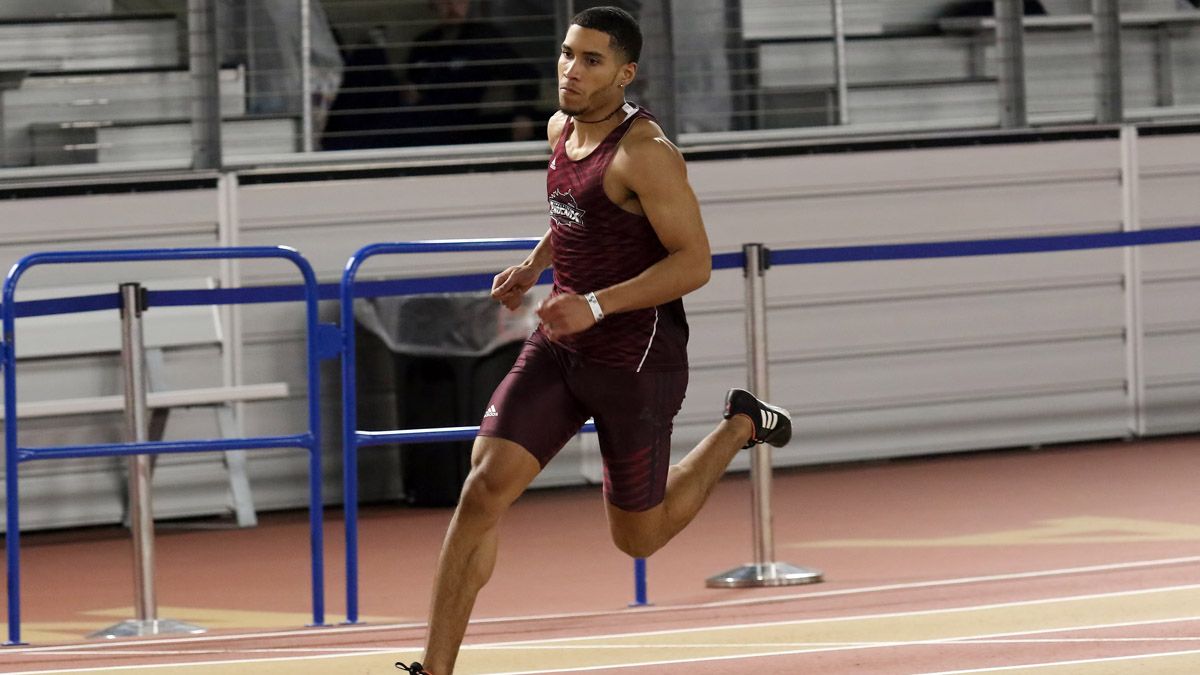 Tyler Williams placed second in the 100 and 200-meters and was part of the winning 4x100-meter relay Friday at the APSU Invitational. (Credit Michael Wade)

LEBANON, Tenn. – Charles Shimukowa won the 400-meters and Bumnene Ndebele was first on the triple jump, Tyler Williams placed second in the 100 and 200-meters and Abby Gawthorp finished second in the 3000-meter steeplechase for Cumberland track and field Friday at the APSU Invitational in Clarksville, Tenn.

Shimukowa posted a winning time of 48.51 in the 400, 13-tenths of a second ahead of teammate Ishmael Arnold while Shemar Salmon was eighth in the event in 50.96.

Scott placed fifth and Staten was seventh in the hammer throw with marks of 137-9 and 131-1, respectively. Michael Tirjan finished fifth in the javelin with a mark of 146-5 and Scott was eighth (116-7).

The men’s 4x100-meter relay team of Arnold, Briscoe, Ndebele and Williams won that event as well in 41.96.

Gawthorp registered the top finish for the Phoenix women with her second-place showing in the steeplechase in 12:29.74 while Riley Kilian finished fourth in the 5000 in 18:44.76.

Junior Kalea Barnett tossed the shot put 38-0.75 for fourth place and Mahogany Huddleson was eighth with a mark of 33-6.75. Barnett finished seventh in the discus (107-5) while Huddleson and Barnett placed seventh and eighth, respectively, in the hammer with marks of 127-3 and 125-4.