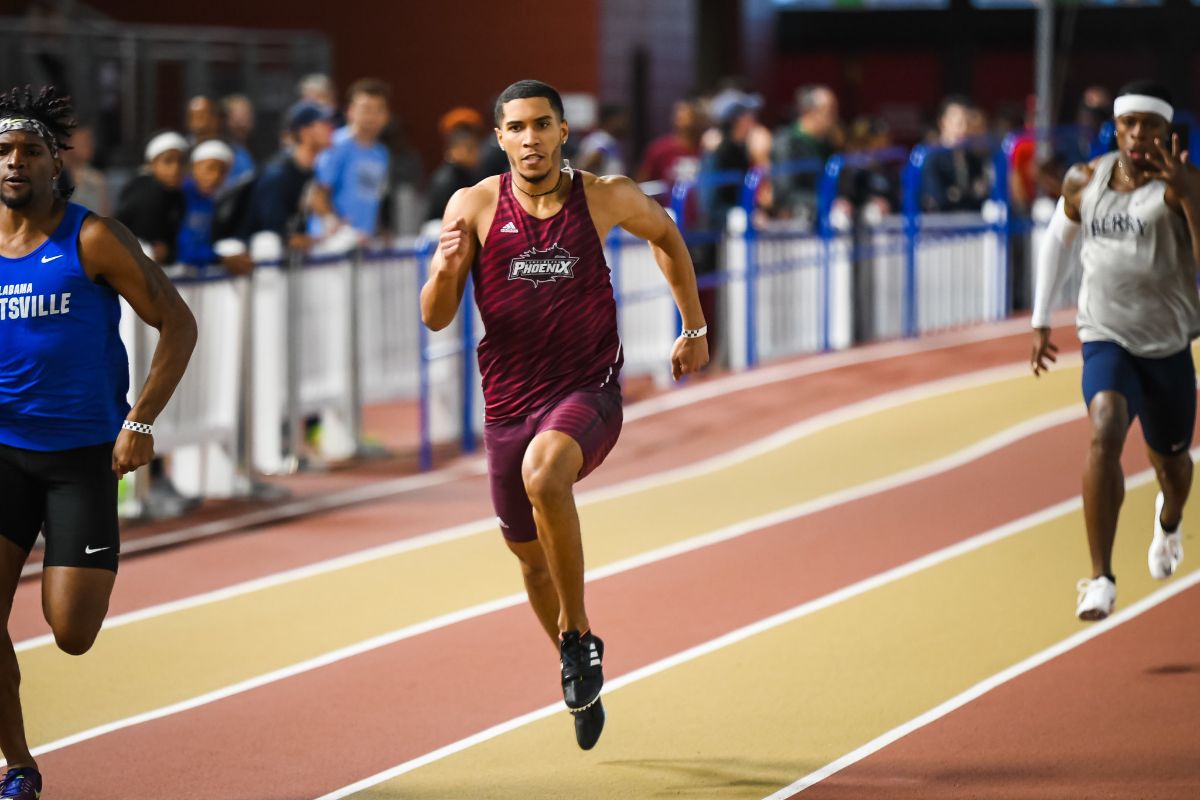 Tyler Williams placed 1st in the 60 and 200 meter dash to help the Phoenix finish 2nd in the MSC Championship (Credit: Michael Wade)

DEFIANCE, Ohio- The Cumberland Men’s Track and Field placed 2nd with 143 points, in the Mid-South Conference Championship this weekend in Defiance, Ohio.

Josiah started the Phoenix on the right track as he was able to place 3rd in the Weight Throw competition with a distance of 15.49 meters. Ronald Ndlovu continued to add points to the Phoenix score as he placed 2nd in both the Long and High jump with distances of 6.98 and 1.81 meters.

Camryn Jacobs was able to squeeze in the top five of the Men’s long jump as he placed 4th with a distance of 6.46 meters. Dylon Dishman recorded another 4th place finish for the Phoenix as he recorded a distance of 1.76 meters in the High Jump.

Carlos Angeles, Joel Barlow, Jerry Rojas and Kevin Griffin were able to record a 4th place finish in the Men’s 4x800 with a time of 8:36.32. The Men’s 4x400 team which consisted of Dante Bertrand, Hollis Edward Jr., Will Marsh, and Tyler Williams placed 2nd with a time of 3:29.05.

Williams continued to dominate for the Phoenix as he was able to record two 1st place finishes in the 60 meter and 200 meter dash with times of 6.86 and 21.80. Adrian parker Jr. placed in the top five in the 60 meter hurdles as he came in 4th with a time of 9.00.

Cumberland will be competing in the NAIA National Championship the weekend of March 5-7th in Brookings, SD.