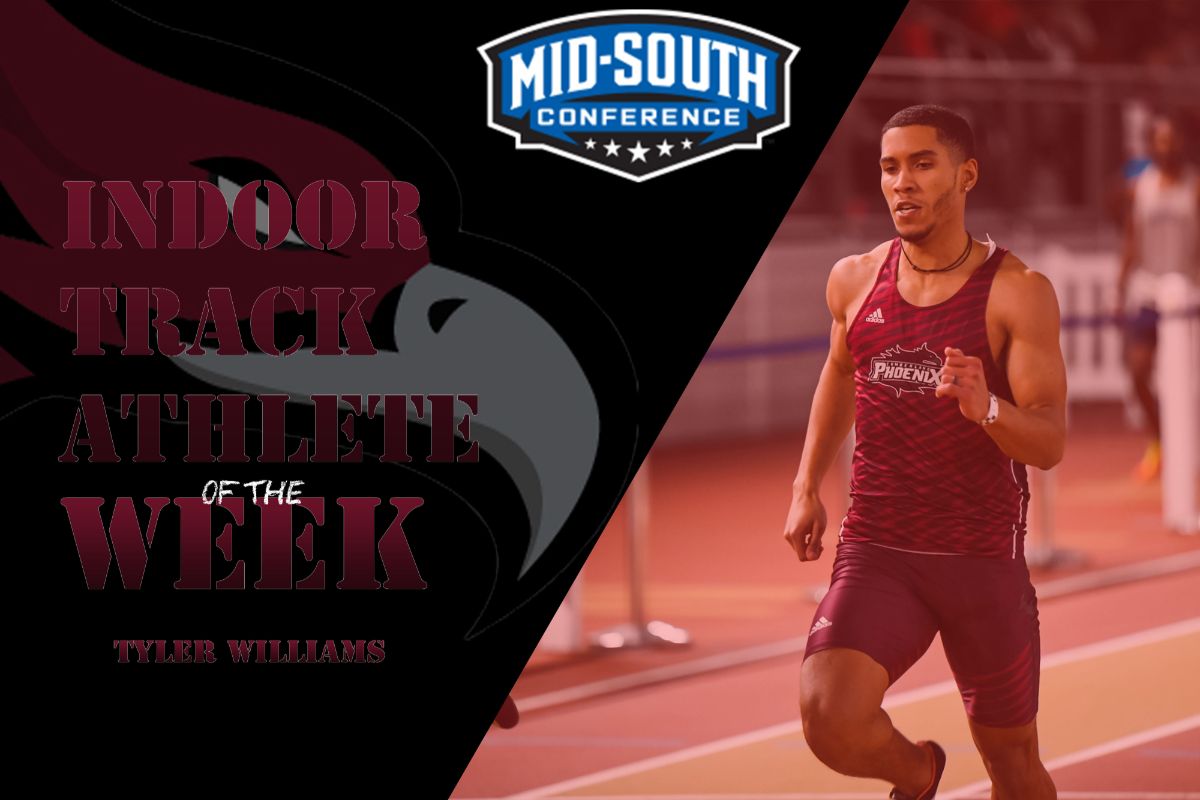 This is his First Mid-South Conference Athlete of the Week Award this season, Second in his career. Williams won 1st- Team All Conference in the 60 meter and 200 meter dash.