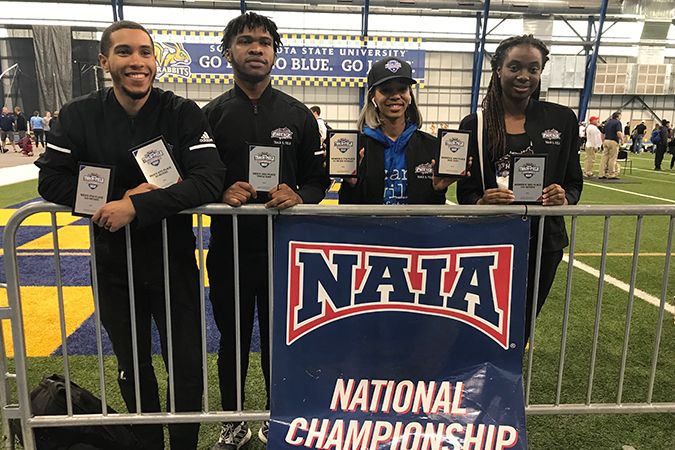 Among the first final events of the day, Kanellar Carney ranked seventh, registering an 8.88 mark in the women's 60-meter hurdles. She finished just 0.21 of a second off the time of the events winner, MidAmerica Nazarene's Camry Bradford. She later captured third place in the high jump with a mark 1.71 meters, just 0.06 m off from the national champion.

The other competitor from the women's team, Maria Bangala, competed shortly after in the women's 400-meter dash. The freshman had an excellent showing, finishing third with a time of 55.35 seconds.

Steady senior Bumnene Ndebele closed the day on a high note for the Phoenix, claiming third place in the triple jump with a length of 14.93m.

The outdoor portion of the track and field season gets started in a few weeks at the Falcon Classic in Montenvallo, Alabama.