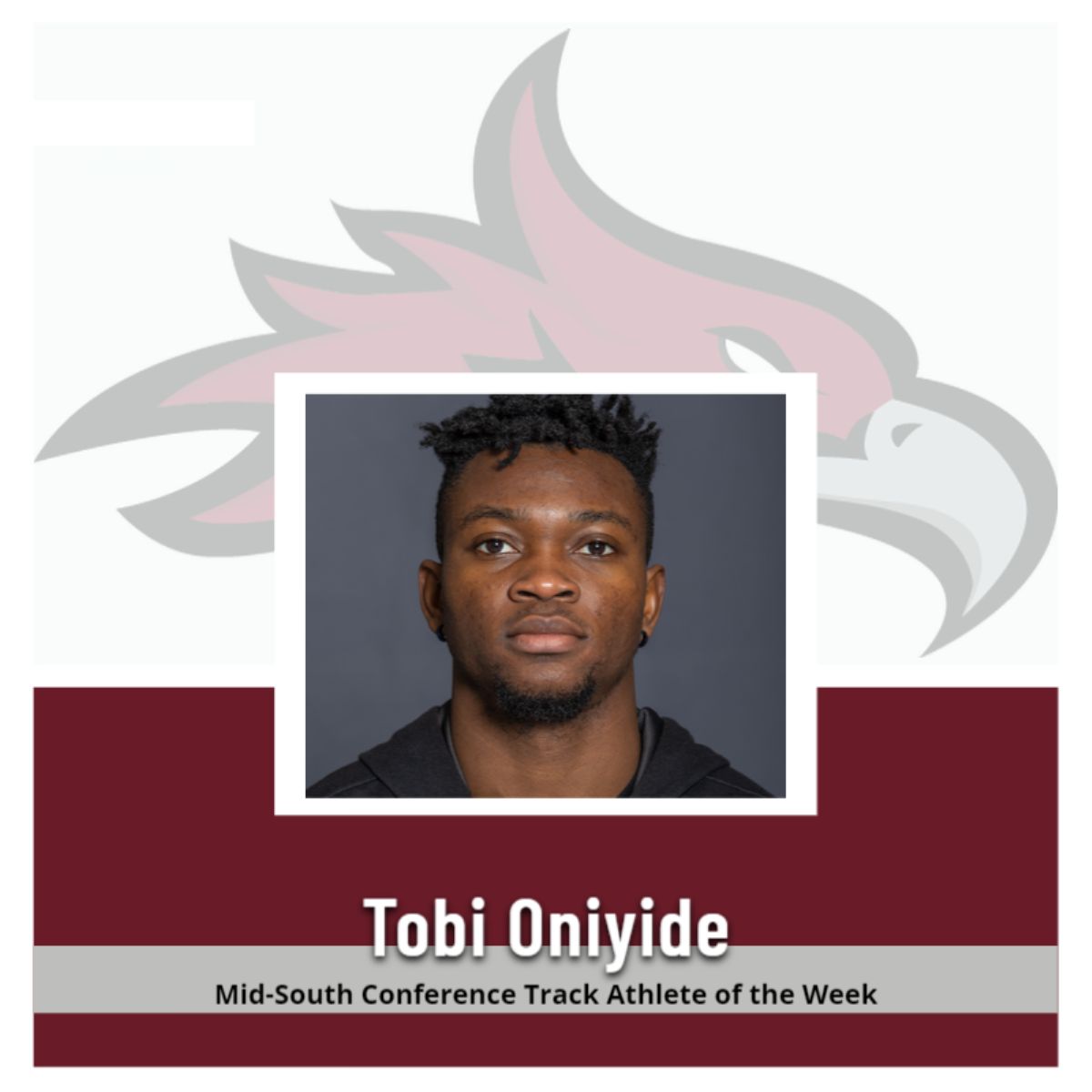 BOWLING GREEN, Ky.- Tobi Oniyide was voted Mid-South Conference Track Athlete of the Week for his stellar performance in the Tiger Paw Invitational.

His performance helped the Phoenix place first in the Tiger Paw Invitational out of eight teams. This is Oniyide second Player of the Week honors.

The team is set to head to Williamsburg, Ky. to compete at the Mid-South Conference Championships on Apr. 25-26.