Men's T&F in second, Women in fourth at MSC Championships 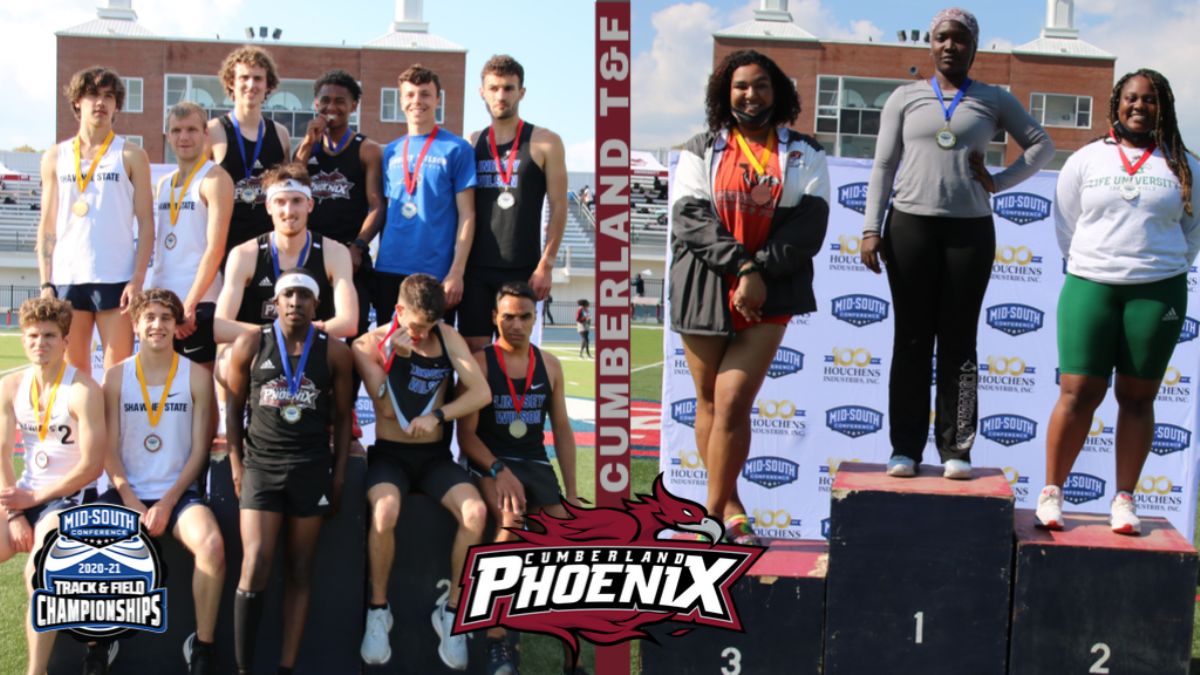 For the Women, Alana Mack has the second-fastest qualifying time in the 100-meter dash with a time of 12.44s. Elise Krone finished sixth in the 300-meter steeplechase with a time of 12:20.68 and gave the Phoenix three points. Krone also is seeded eighth in the 1500m run finals tomorrow after a time of 5:07.75. Sasha Petrova took second place in the women's 10000m after finishing with a time of 40:07.04 to earn eight team points for CU.

Sophiat Omizi won the hammer throw event for the Phoenix with a mark of 51.13m earning ten points towards the Cumberland team score. Kalea Barnett and Mahogany Huddleston finished fifth and sixth in the event with throws of 42.16m and 41.42m, respectively.

For the Men, Camryn Jacobs currently leads the field in the Men's Decathlon with a score of 3030. Ethan Rhoden earned three points towards the Cumberland effort with a time of 33:17.76 and a sixth-place finish in the 10000m run. Koby Story will start in lane two tomorrow in the 110m hurdles after a qualifying time of 16.43s. Story also qualified for the 400m hurdle finals with a time of 59.17s.

The 4x800 relay team of Valentin Baudrier, Andrew Cullins, Will Marsh, and Georget Pontillo took first place with a time of 7:59.80 to earn the team ten points and claim Mid-South Conference Champions in the event. Kiplagat, Freeman, Baudrier, and Aidan Crockett have all qualified for tomorrow's 1500m finals.

Josiah Scott earned the Phoenix four points with a fifth-place finish in the hammer throw at a distance of 43.99m. In the long jump Camryn Jacobs finished second, Jaylen Poole finished third, and Rondald Ndlovu placed fifth in the long jump to earn a combined 18 points in the event.

The second day of the championship begins at 9 a.m. ET on Monday at James H Taylor II Stadium.