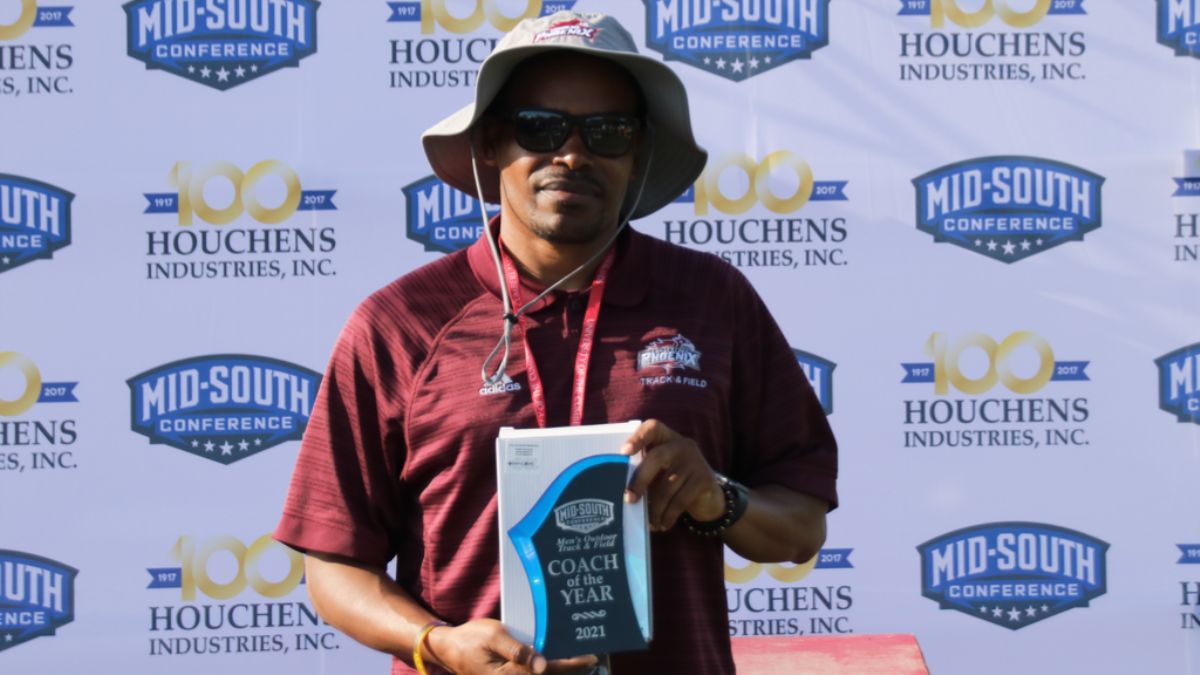 LEBANON, Tenn.- Coach Mardy Scales was named Men’s Outdoor Track & Field Coach of the Year due to his outstanding coaching performance during the 2021 season.

He led the Men’s team to a second place finish in the Outdoor Mid-South Conference Championship just shy of first place by 11 points.

“I would like to thank God for the opportunity to receive 2021 Mid-South Conference Coach of the Year. I would like to thank my team, coaches, and parents because without them none of this would be possible. Hard work and dedication will never go un-notice.” Said Scales.