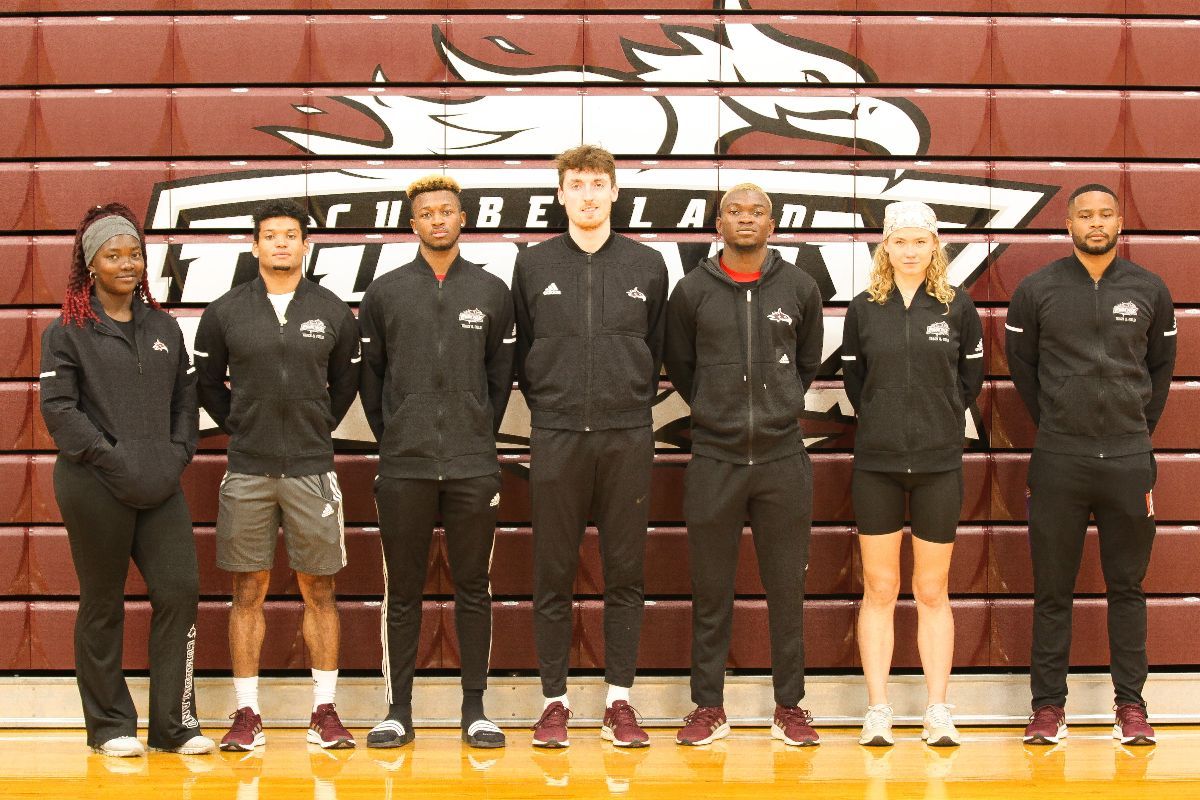 LEBANON, Tenn.-- The NAIA has announced the official final rosters and entry lists for all qualifiers for the 2021 Men's and Women's Outdoor Track and Field National Championships have been announced.

Opening Ceremonies are set for 3:10 p.m. at Mickey Miller Blackwell Stadium in Gulf Shores, Ala. on May 26 to put the event in motion.

Approximately 1,113 student-athletes have qualified to compete at the championships. Cumberland is taking seven athletes to nationals to compete throughout the three days.

The first event a Phoenix will compete in is the hammer throw finals on Wednesday at 2:00 p.m. Sophiat Omizi earned "A" standards at the Mid-South Conference Championships with a throw of 51.13 meters. That mark is 16th best in the NAIA. Omizi is the Mid-South Conference Champion and holds the school record for the hammer throw.

The 200-meter dash prelims will also take place on Wednesday at 6:15 p.m. and the Phoenix have two competitors that have qualified. Tobi Oniyide and Desmond Maclin have each earn "B" standards to qualify for the event. Maclin recorded a time of 21.55 seconds at the Mid-South Conference Championships taking first-place in the event and Oniyide earned his spot at the last event of the season for CU with a mark of 21.57. The top mark of the season was recorded by Warner's Alexander Gray at 20.79 seconds.  The finals will take place on Friday at 5:20 p.m.

On May 27, the 800-meter run prelims will take place at 3:50 p.m. Georget Pontillo boasts the third-fastest time recorded this season with a time of 1:50.72 at the Lee University Last Chance Meet. Pontillo was an Indoor Track & Field All-American at the 800-meter. Senzo Sokhela from Westmont has the fastest mark up to this point, one second quicker than Pontillo's time at 1:49.52. The finals will take place Friday at 5:00 p.m.

The 100 meter-dash prelims will also take place on Thursday following the 800-meter event at 4:40 p.m. Oniyide and Maclin have also qualified for the 100-meter dash for Cumberland. Oniyide mark at 10.51 seconds is ninth fastest in the NAIA and Maclin qualified with "B" standards with a time of 10.65. The finals will be on Friday at 4:00 p.m. Maclin won the Mid-South Conference Championship in the 100 meters in April.

Sasha Petrova will take part in the marathon on Friday morning at 6:00 a.m. Petrova qualified with "A" standards on February 28 at the Shelby Forest Loop event held in Milligan, Tenn.

The triple jump will only have the finals on Friday at 1:30 p.m. and the Phoenix have one qualifier, Jaylen Poole. Poole reached NAIA "A" standards at the last event of the season with a mark of 14.81 meters, the ninth longest mark this season at the NAIA level. Poole won the Mid-South Conference Championship in the event.

The awards ceremony will take place after all the events are done at 6:50 p.m. on Friday evening.