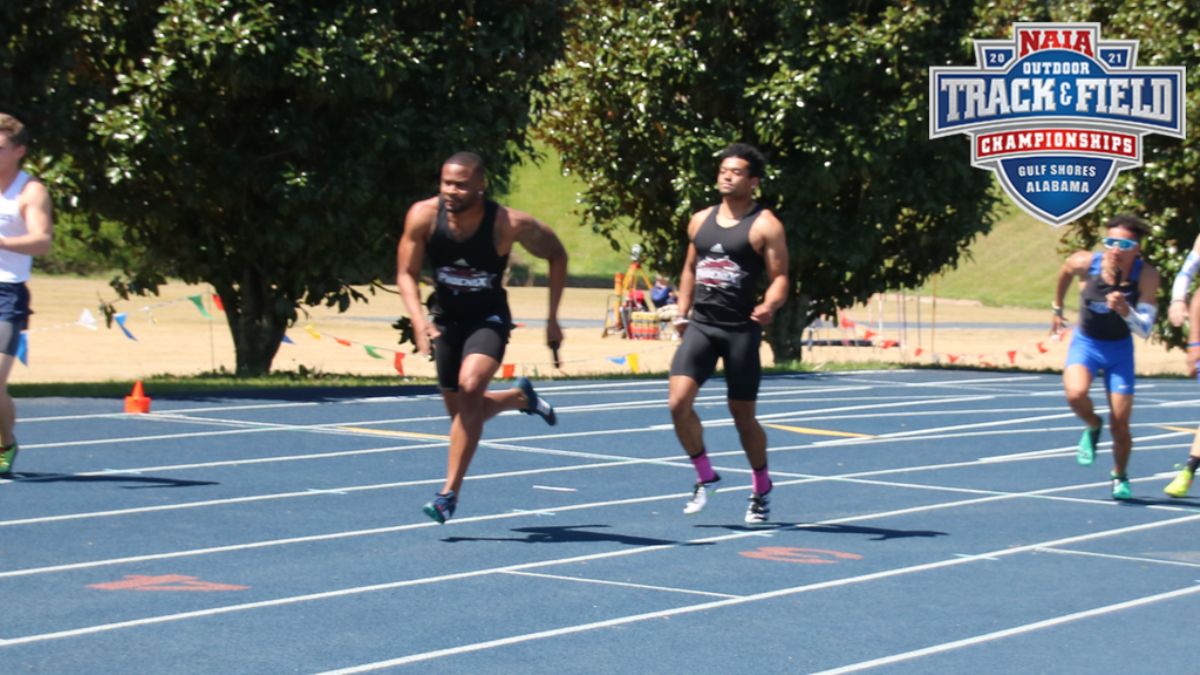 GULF SHORES, Ala.-- Cumberland's Men and Women's Track and Field Teams competed in events at the NAIA Track and Field National Championships on Wednesday in Gulf Shores, Ala.

Sophiat Omizi was the first member of the Phoenix to compete at the event in the Women's Hammer Throw Finals. Omizi finished in 17th out of 23 competitors with a scored throw of 49.09m.

The next group of Phoenix to compete was the men's 4x100m team of Dante Bertrand, Desmond Maclin, Jaylen Poole, and Tobi Oniyide. The relay team finished in 15th place out of 34 teams with a time of 41.51 seconds. Only the top eight teams in the first round advance and the Phoenix were less than four-tenths of a second behind them.

The final event of the day was Tobi Oniyide in the 200m dash prelims. Oniyide finished 14th out of 25 with a time of 21.58s. The Freshman finished just outside of the top eight cut for the finals by just over four-tenths of a second.