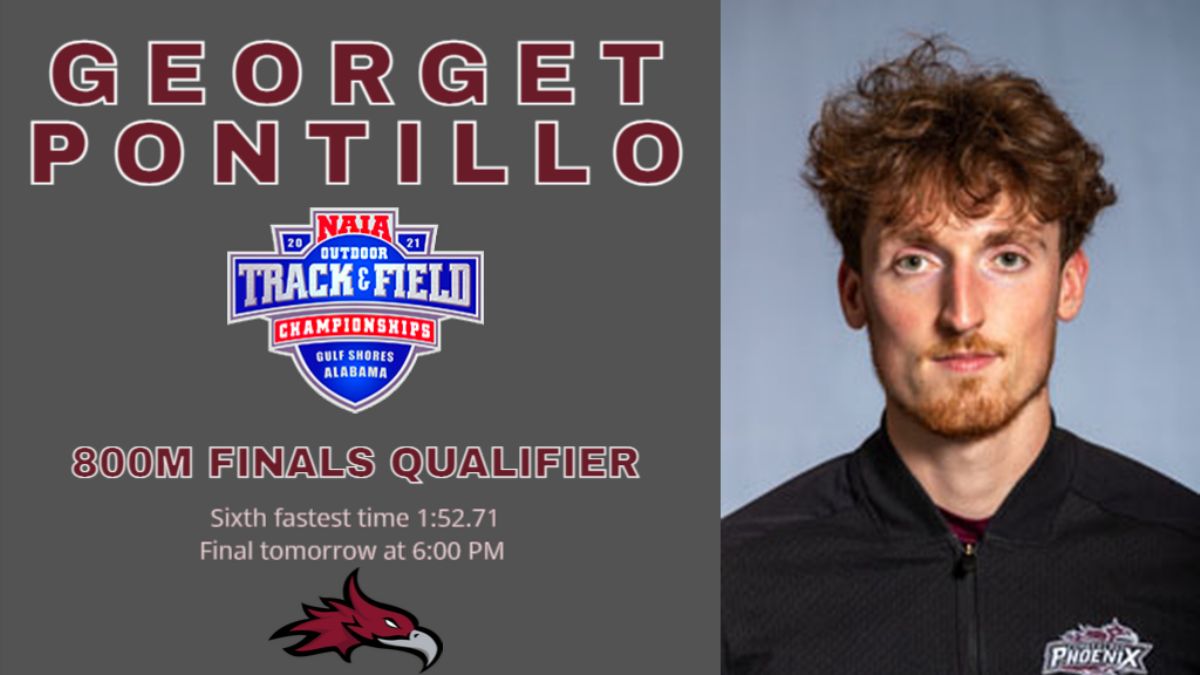 Georget Pontillo finished sixth in the 800m prelims at the NAIA National Championships.

GULF SHORES, Ala.-- Phoenix Men's Track and Field had three runners compete on the second day of the NAIA National Championship Meet in Gulf Shores, Ala.

The first member of the Phoenix to compete was Georget Pontillo in the 800m prelims. Pontillo finished with the sixth-fastest time of 1:52.71, just over a second behind the first-place time of 1:51.62. The sixth-place finish qualifies the Plumeliau-Bieuzy, France, native with a place in the 800m finals tomorrow at 6:00 p.m.

Also running today was freshman Tobi Oniyide and senior Desmond Maclin. Oniyide finished with the 17th fastest time of 10.57s, just one-tenth of a second short of qualifying from the 100m finals. Maclin finished with a time 12.25s which put him in 35th place overall.

Tomorrow is the final day of the NAIA National Championships, and the Cumberland Men's and Women's Track and Field program has three athletes competing. Sasha Petrova is competing in the marathon on Friday at 6:00 a.m. while Jaylen Poole competes in the triple jump at 1:30 p.m. Georget Pontillo competes in the 800m final at 6:00 p.m.