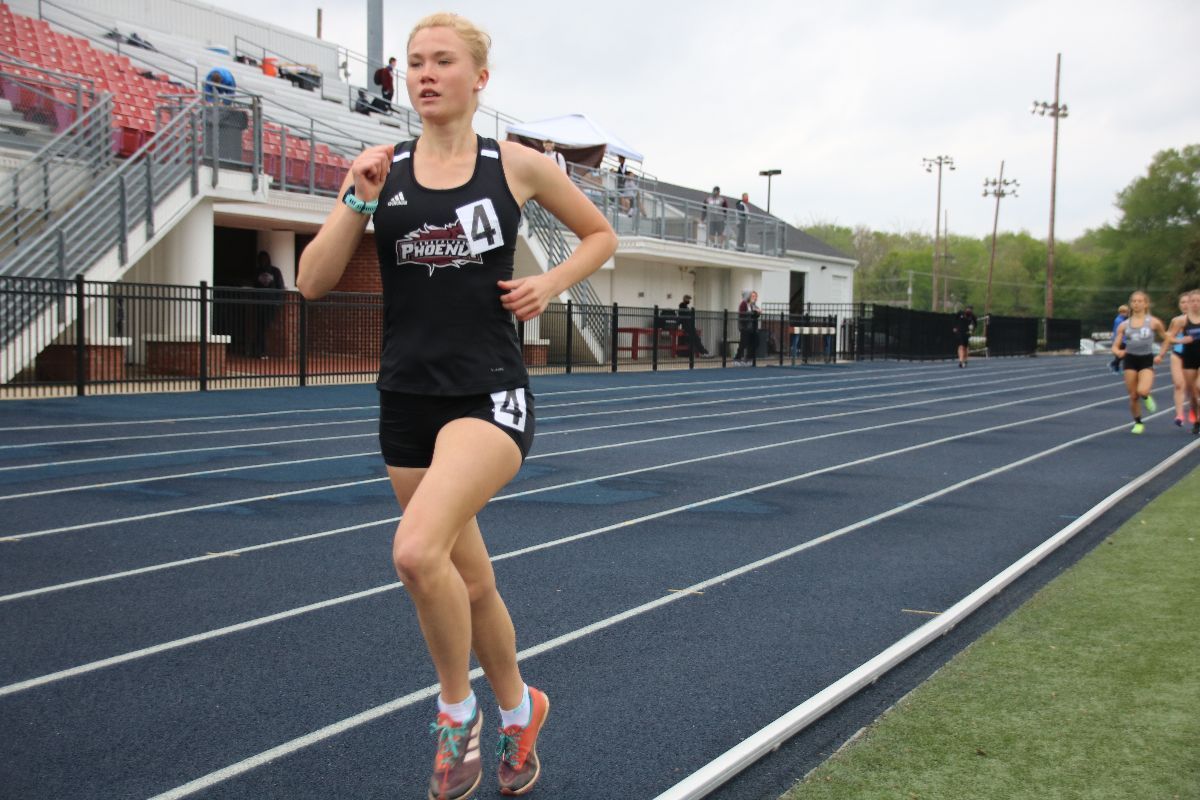 Sasha Petrova finished fifth in the Women's Marathon with a time of 3:18:18 which earned her All-America honors (Credit: MSC Ofiicials).
Related Links

GULF SHORES, Ala.-- Cumberland Men's and Women's Track and Field posted several impressive finishes on the final day of the NAIA National Championships.

To start the day off, Sasha Petrova finished fifth-place in the Women's Marathon event, which earned her All-American honors and a place on the podium. The Junior, who is also a member of the Women's XC team, finished with a time of 3:18:18. Her time smashed the previous school record for the event by over 12 minutes.

In the Triple Jump, Phoenix Sophomore Jaylen Poole finished with a distance of 14.98m, just over one meter shorter than the first-place distance of 15.96m. The jump was good enough to earn Poole sixth place out of 23 competitors in the event.

Finishing out the day for the Phoenix was Georget Pontillo in the 800m finals. The Junior finished qualified for the event after posting the sixth fastest time of 1:52.71 on Thursday. The Plumeliau-Bieuzy, France, native finished the Finals in 1:52.66, which earned him a sixth-place finish.

The conclusion of Friday's events marks the end of the NAIA National Championships from Gulf Shores, Ala. Cumberland's Track and Field teams now head into the offseason as they prepare for next year.