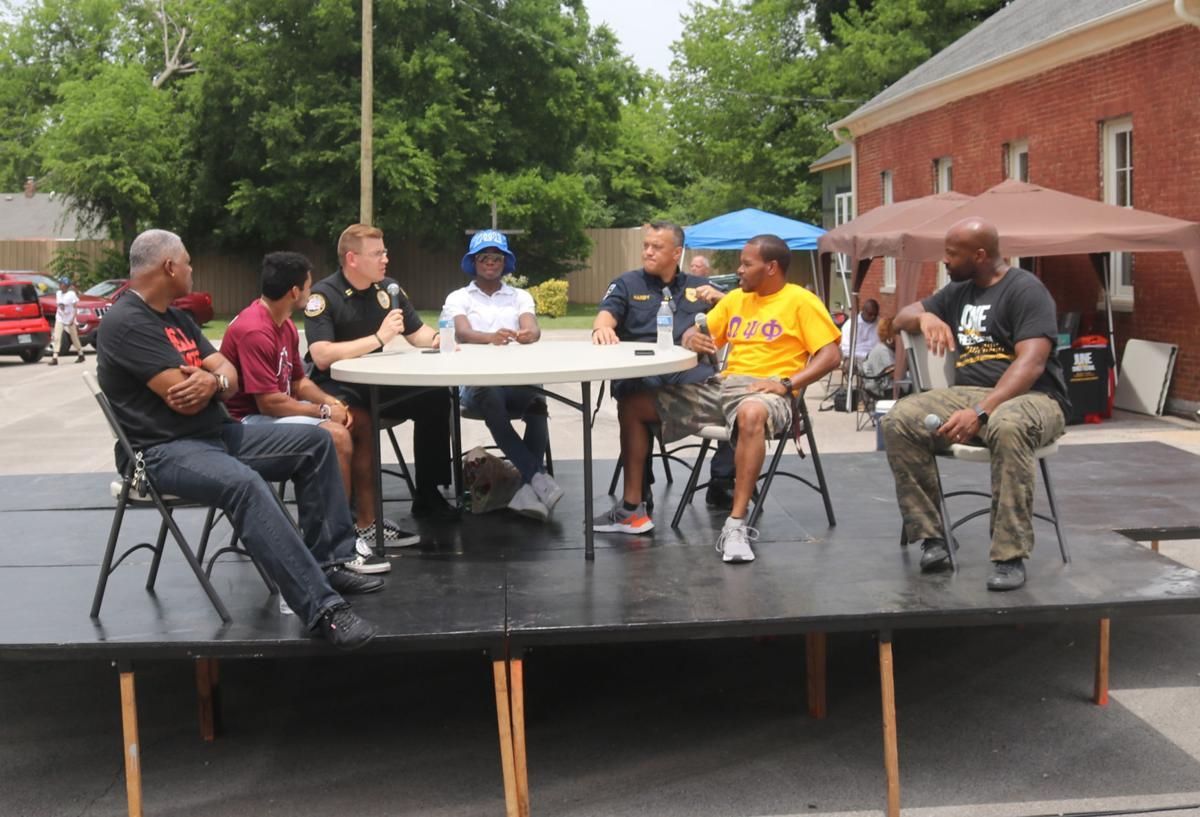 Market Street in downtown Lebanon was awash of laughter, conversation, and good smelling food on Saturday, marking Juneteenth, which commemorates the end of slavery in America.

The Wilson County Black History Committee organized the event in the area surrounding Pickett Chapel just a few days after Congress and the president officially recognized June 19 as a federal holiday.

Pickett Chapel was added to the National Registry of Historic Places earlier this year and is being renovated into the Roy Bailey African American History Center and Museum. While the event offered fun and games for children, it was also intended to be impactful in more ways than one.

Joining Chandler and Hardy was Alana Mack, president of Cumberland University’s Zeta Phi Beta sorority. The sorority was founded in 1920, at Howard University, in Washington, D.C.

Mack said she thought the roundtable went well. “It gave Lebanon and Mt. Juliet police departments an opportunity to not only engage with the community, but also a chance to speak on how they plan on preventing and holding their officers accountable in the future.”

Just down the road from the roundtable, representatives of Mt. Zion Missionary Baptist youth group from Watertown were raising money for a trip to Washington, D.C. Debra Toliver was at the booth where the group was selling among other things, hot dogs and T-shirts.

Toliver was pleased with the turnout, because she knows the trip wouldn’t be possible without fundraising opportunities such as these. Another member of Toliver’s group, Dalydia Cason-Clemons, the self-described first lady of Watertown, said that she was proud of the turnout as well.

“So far so good,” she said. “We hope that each year gets bigger and bigger.”

Cason-Clemons pointed to the historical significance of Pickett Chapel as the “nucleus for this event,” and added that while some people have celebrated this event on more personal levels in the past, she was delighted to see the community wholly engaged.

When asked about the recent legislature recognizing the holiday, Cason-Clemons and Toliver both said it’s been long overdue.

While booths raised money for projects and events, others looked to raise awareness.

Shawntell Robertson owns the Dre Jack Hemp Farm, named for her deceased son, and while she was hoping to sell some of her organic soaps and hemp products at the street fair, she also wanted to share her story.

“When we started the Dre Jack Hemp farm, we knew we couldn’t bring him back, but we might save someone else,” Robertson said.

Like many who have fallen victim to opioid dependency, Robertson’s son suffered from addiction initially caused by prescription painkillers. When regulations stiffened, Dre Jack turned to cheaper and more accessible substances such as heroin. After he overdosed, Robertson said they found fentanyl in her son’s system, a painkiller far more powerful and dangerous than heroin, and often used as a lacing agent on the black market.

Robertson said that everything they grow and make at their Lebanon farm is organic.

“It’s about time we get back to the old ways of healing the body, the right way, the natural way,” she said.