Oniyide and Mack named MSC Track Athletes of the Week 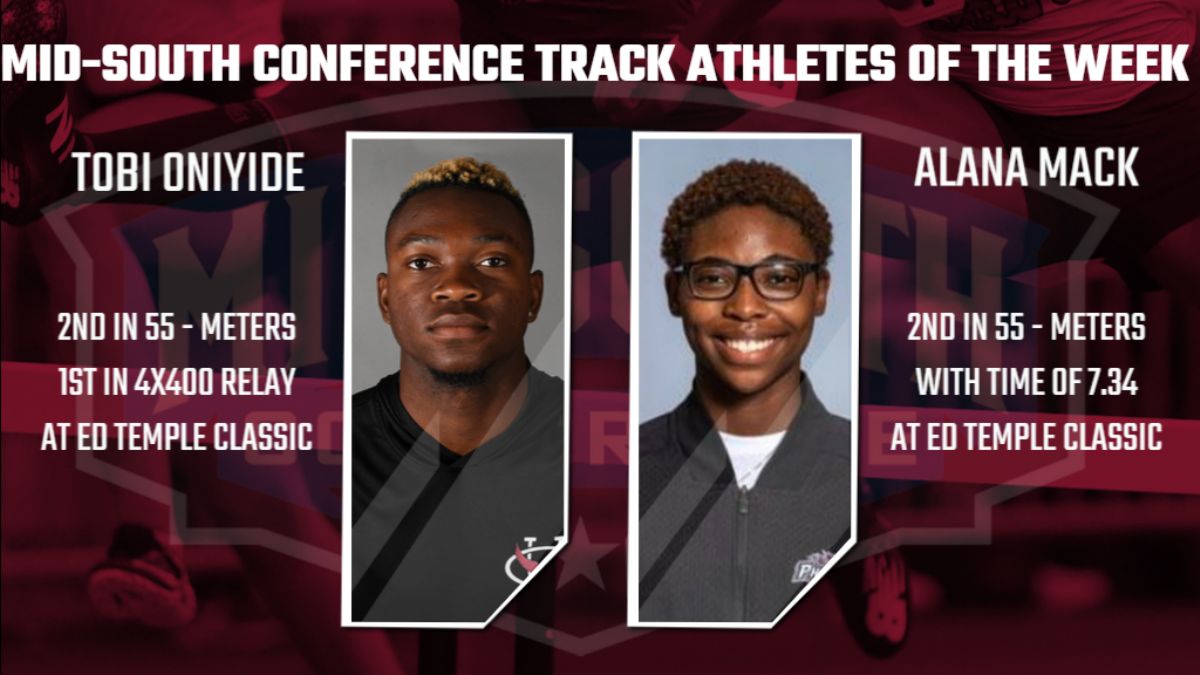 Oniyide finished in second place in the 55-meter dash and was a member of the 4x400-meter relay. The sophomore notched a second-place time of 6.58 in the 55, ahead of seven other competitors. The 4x400 relay  team claimed first at the Ed Temple Classic in 3:32.14.

This is his first Mid-South Conference Player of the Week award of the season and second of his career.

Mack posted a second place finish in the 55-meter dash beating out seven NCAA Division I competitors with a time of 7.34. She also took third place in the long jump with a mark of 5.27 meters.

This is her first Mid-South Conference Player of the Week award of her career.

The Phoenix men's and women's track and field team will be in action next at the ETSU Track & Field Invite on January 15-16 in Johnson City, Tenn.