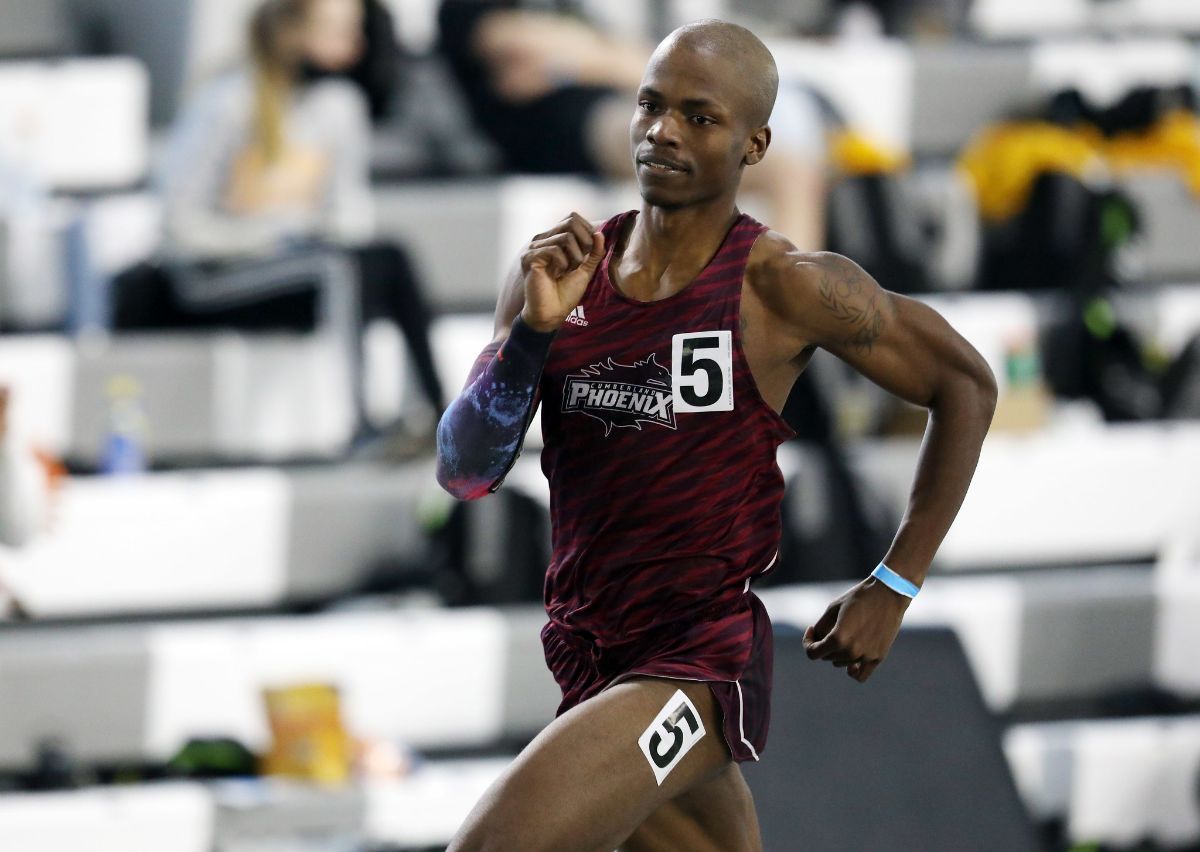 LOUISVILLE, Ky.--Cumberland senior Trevon Sanders picks up the lone Phoenix event win in the 600 meter dash at the Tiger Paw Classic at the Norton Athletic Center on Friday.

Sanders won the event by two full seconds posting the sixth fastest time in the NAIA this season at 1:20:40. He blew away the competion defeating 31 other competitors.

Tobi Oniyide was the only Phoenix to qualify for the 60 meter dash finals. He finished in sixth place with his third best time of the season at 7.01.

Benjamin Nyakudya took third place in the 400 meter. Sanders finished just behind him in fourth. Nyakudya posted a time of 49.30 just missin on a "B" cut by 0.009 seconds. Sanders finished with a 49.47. The top 4 times in this event broke the previous Norton Athletic Center record which was previously 49.73.

Renaldo Savoury qualified for the finals in the 60 meter hurdles and finished in seventh place at 8.96 and finished ninth in the long jump with a mark of 6.59 meters.

Sibanda Dumoluhle took 10th in the high jump at 1.81 meters.

Cumberland men's track and field will be back in action Feb. 4-5 at the Buccaneer Track and Field Invite hosted by East Tennessee State.