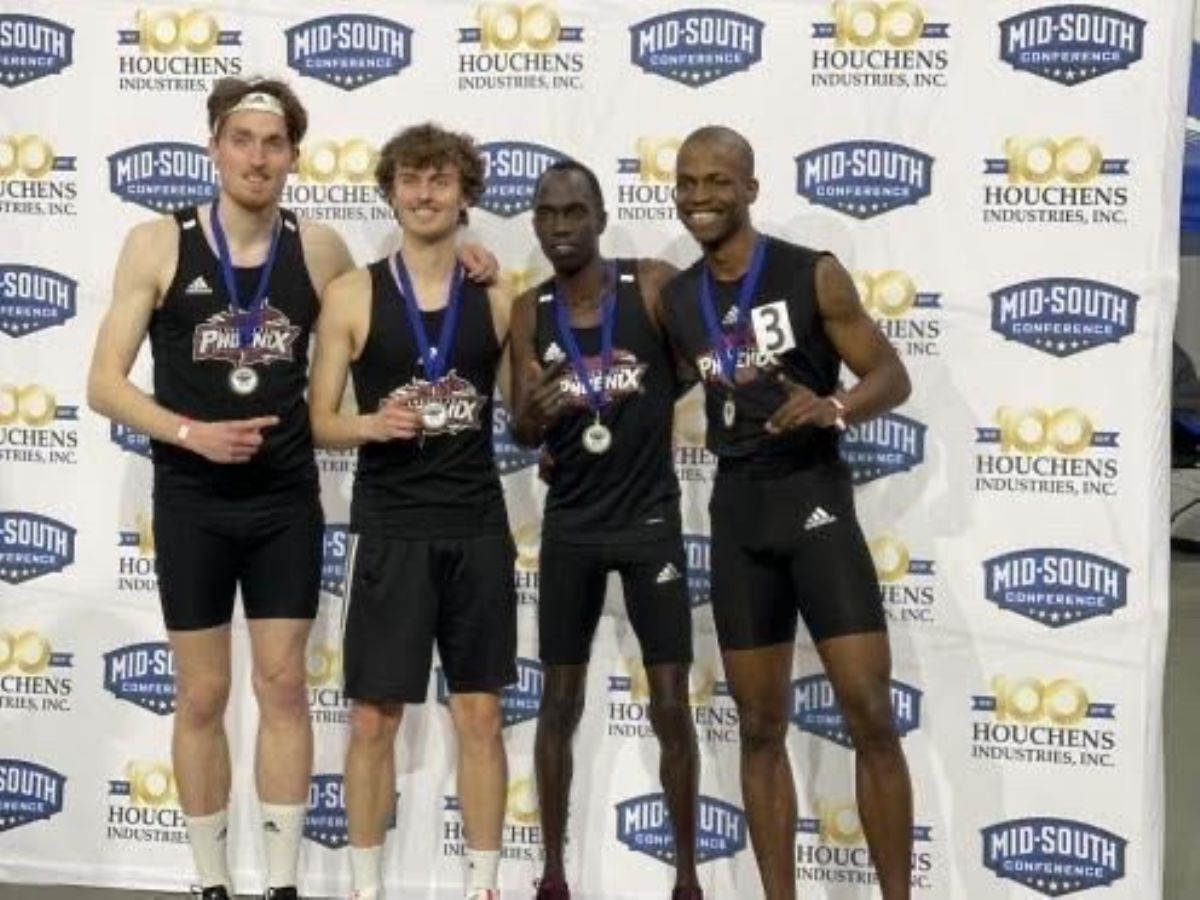 Renaldo Savoury took home the gold in the Mid-South Conference Men's Pole Vault finals with a distance of 4.35m.

The Phoenix added their third gold medal of the day when Sibanda won the championship in the Men's Triple Jump with a distance of 14.72m.

Cumberland's fourth and final gold medal came when Georget Pontillo won the Men's 800m Run with a time of 1:56.47s.

Tobi Oniyide finished the 60m Dash Finals with a time of 6.92s which was the second fastest time to earn a silver medal.

The NAIA Indoor National Championships will take place March 2-5 in Brookings, South Dakota. All runners who met A standards automatically qualify for the national tournament.