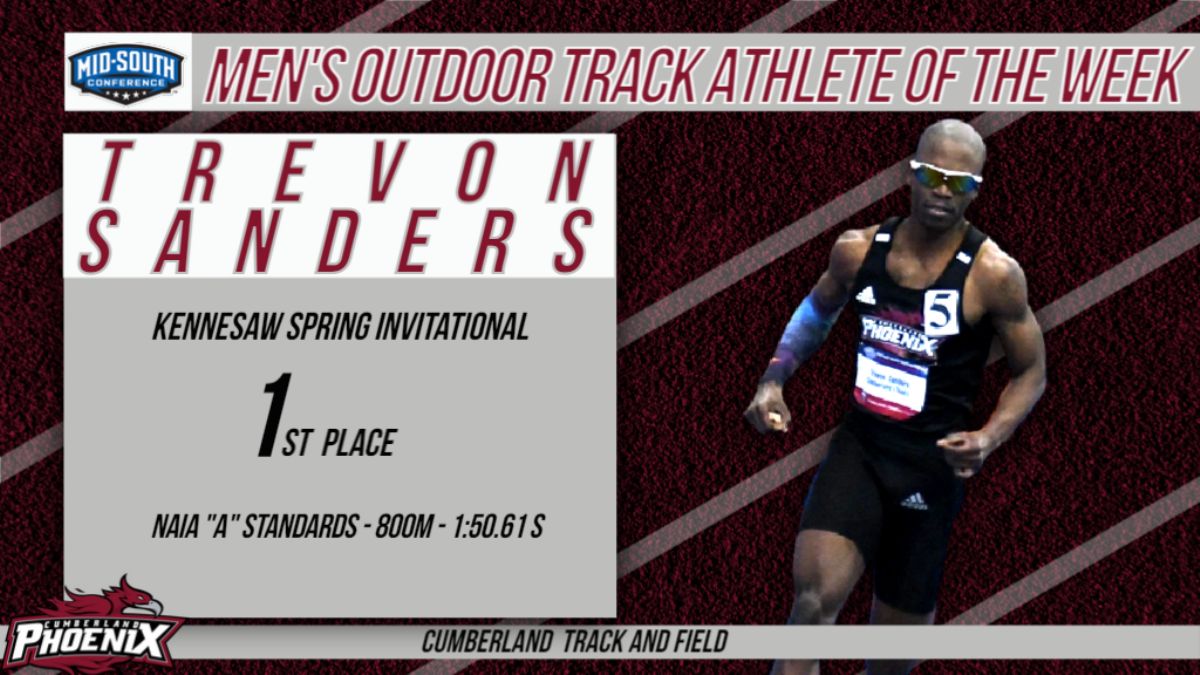 Sanders had a great showing at the Kennesaw State Invitational taking first place in the 800m while also qualifying with NAIA "A" Standards. He broke his season-best time with a 1:50.61 which was good enough for the second fastest time recorded in the NAIA this season.

This is the second time this season that Sanders has taken the Mid-South Conference Outdoor Track Athlete of the Week honors.