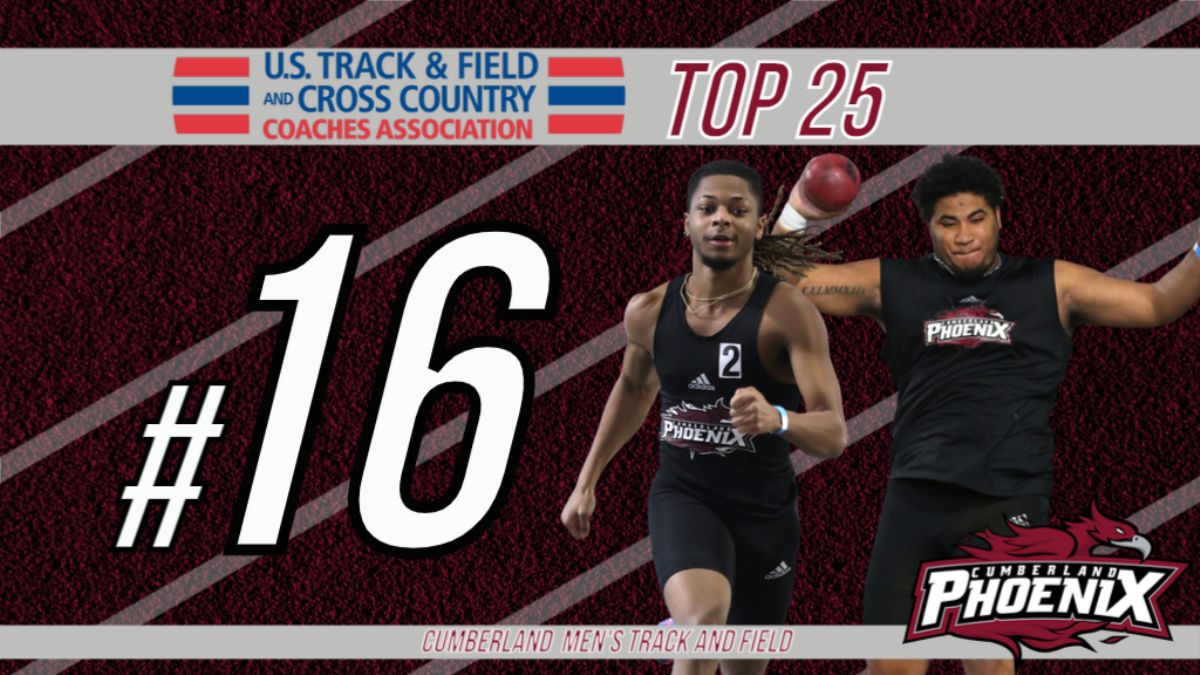 The Phoenix received 136.38 points in the fourth outdoor ratings of the 2022 campaign. The first week the Phoenix were ranked 89th in the rating and have steadily climbed up the rankings. Life University is the only other Mid-South Conference team ranked in the ratings and they are one spot ahead of the Phoenix at No. 15.

Cumberland has competed in three outdoor events this season at the UAB Spring Invite, Pepsi Cumberlands Invite & Distance Carnival, and the Kennesaw State Invitational. Five men have qualified for the NAIA Outdoor National Championships with a few others knocking on the door at standards.

The men have accumulated three Mid-South Conference Track and Field Athletes of the Week up to this point.

The Phoenix will be back in action on Saturday at the Mountain Laurel Invitational hosted by Sewanee. The field events are set to start at 11:00 a.m. while the track events will begin at 1:00 p.m.