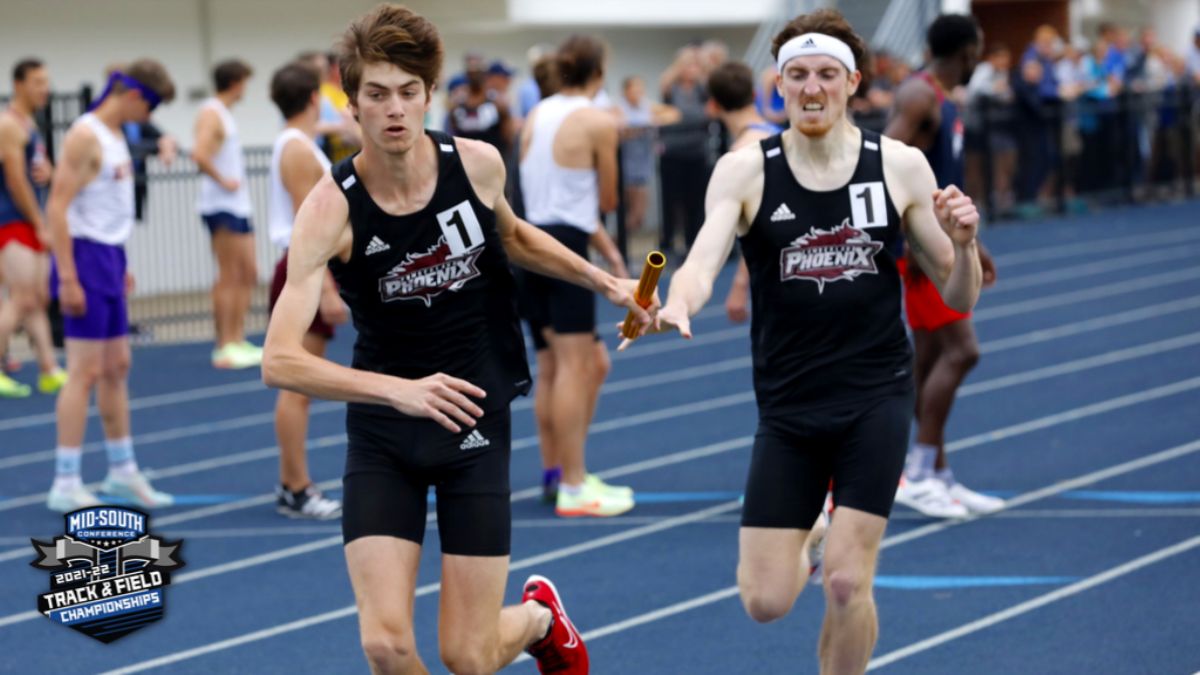 WILLIAMSBURG, Ky.--Cumberland men's track & field have a strong showing on day one of the Mid-South Conference Outdoor Track & Field Championships to trail first place by just one point.

The University of the Cumberlands leads the Phoenix by just one point after earning 48 points on day one. The Phoenix trail by one with 46 and Lindsey Wilson are on the heels of both the Patriots and the Phoenix with 46 points.

Seven events were completed on day one while four prelim events took place.

The Phoenix started the day off well earning the gold medal in the 4x800m relay. The team of Luke Freeman, Trevon Sanders, Georget Pontillo and Will Marsh took first with a time of 7:46.38. The mark earns the group "B" standards to the NAIA National Championships.

Denis Kipligat earned eight points for the team with a second-place finish in the 3000m steeplechase. Kipligat ran the course in 9:55.25.

Four Phoenix men finished in the Top-8 of the men’s long jump earning points for Cumberland. Sibanda Dumoluhle took third with a 7.11m mark, Ronald Ndlovu and Jaylen Poole were fifth and sixth, and Camrys Jacobs was eighth

Dumoluhle qualified for the 110m hurdles finals tomorrow. He had the second-fastest time in the prelims at 14.73.

Sanders and Pontillo both qualified for the 400m finals. Sanders had the fourth-best time at the prelims with a time of 47.51 and Pontillo finished seventh at 49.59. Sanders' mark is his best this season and meets NAIA "A" standards.

Tobi Oniyide had the best qualifying time in the 100m at 10.55 in the prelims. The time meets exactly NAIA "A" standards, his first time qualifying for Nationals this outdoor season. He also qualified for the 200m dash final tomorrow with the sixth-best time at 21.75.

Tomorrow's events are scheduled to be live-streamed at www.cumberlandspatriots.com starting with the race walk event at 7:45 a.m. central time.