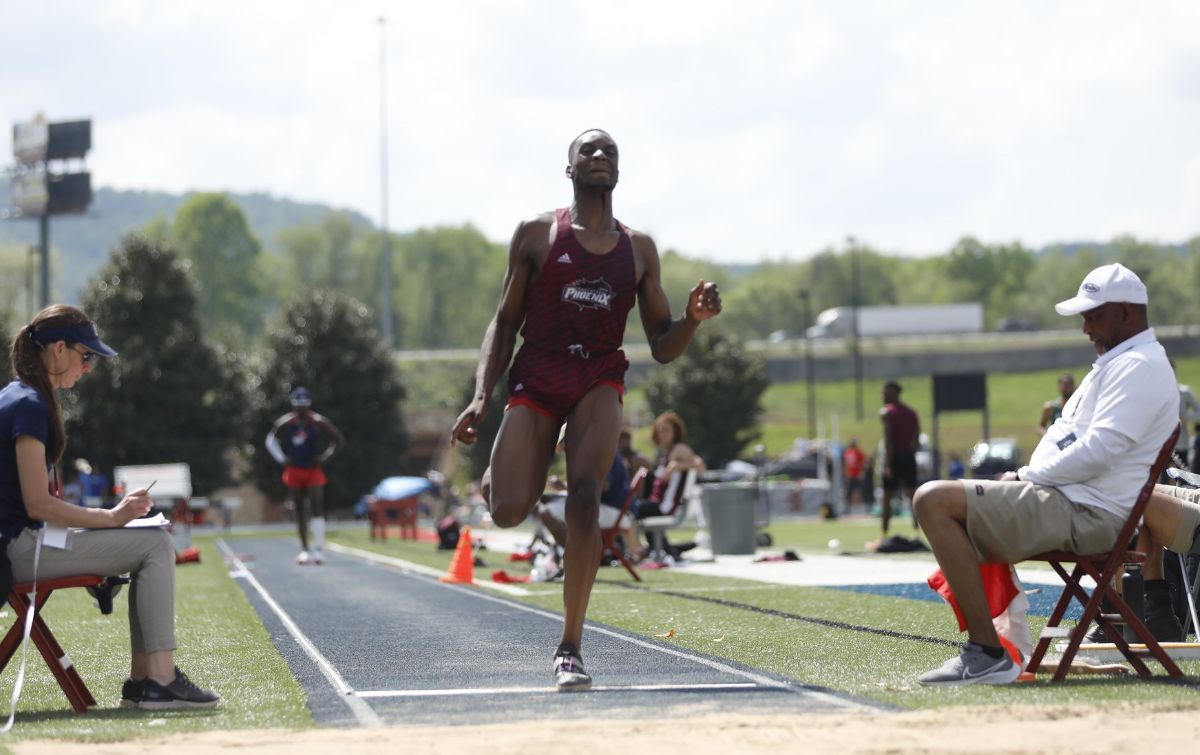 The Phoenix claimed two Conference titles in the events on Monday.

Sibanda Dumoluhle claimed the Men's Triple Jump Conference Championship. His best jump came on his second attempt at 14.97m good for NAIA "A" standards. Jaylen Poole took second place in the event with "A" standards as well at 14.86m.

Georget Pontillo took the men's 800m Championship after he crossed with a time of 1:52.66. Trevon Sanders finished just behind him in second place with a time of 1:52.80. Sanders also finished in third place in the 400m at 47.95 with NAIA "A" standards to earn six points for the Phoenix.

Tobi Oniyide took fifth place in the men's 100m dash with a time of 11.01 to earn CU four points.

Sibanda Dumoluhle took the silver medal in the 110m hurdles with "B" Standards. Dumoluhle finished with a time of 14.66 while Renaldo Savoury took fourth to give the Phoenix five points.

The men's 4x100m team of Sibanda Dumoluhle, Renaldo Savoury, Ronald Ndlovu, and Tobi Oniyide took home the bronze medal with a time of 42.15.

Ethan Rhoden and Aidan Crockett finished 4th and 5th in the 5000m race walk to earn points for Cumberland.

Denis Kipligat took a sixth-place finish in the men's 1500m with a time of 4:03.91 to give the Phoenix three points.

Cumberland men's track and field has one more meet on the schedule to try and set qualifying times for the NAIA Outdoor Track & Field Championships at the Lee University Last Chance Meet.