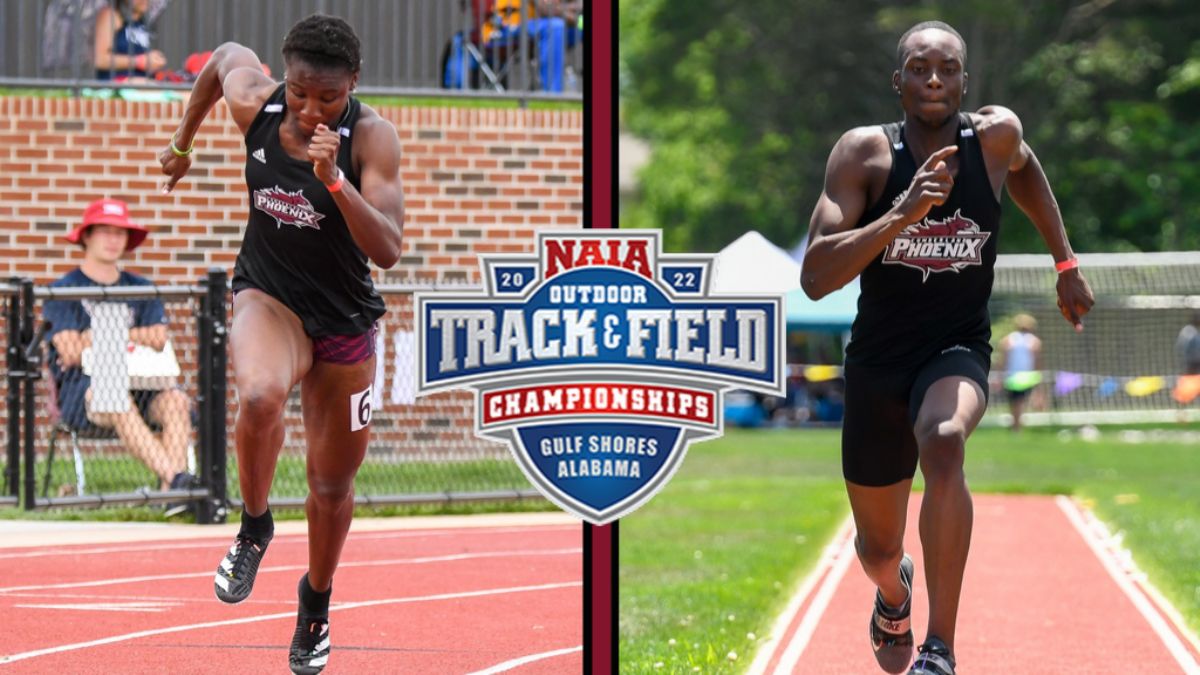 Cumberland is set to compete in the NAIA National Championships starting tomorrow. (Photos were taken by Reily Rogers)
Related Links

The NAIA announced the full list of qualifiers to the Championships last week with ten men and five women for the Phoenix eyeing opportunities at claiming the top spot in their events.

Dumolhuhle has qualified for the triple jump with the best distance in the country. He earned the nation's best mark of 15.35m at the Kennesaw State Invitational.

Jaylen Poole has also qualified in the triple jump with the seventh-best mark of the year at 14.86m in a second-place finish at the Mid-South Conference Championships.

The triple jump finals will take place on Friday at 1:30 p.m.

Trevon Sanders will enter the championship with the sixth-best time in the 800m. He took first place in the event at the Kennesaw State Invitational with a time of 1:50.61s.

Georget Pontillo has also qualified in the 800m run with the seventh-best time of the year. He ran the 800m in 1:50.64s at the Lee University Last Chance Meet.

Tobi Oniyide qualified for the 100-meter dash. He had the best qualifying time at the Mid-South Conference Championships with a time of 10.55s for the 25th best time of the season.

Ethan Rhoden qualified for the marathon in a first-place finish at the Shelby Forest Loop Half Marathon. Rhoden holds the sixth-fastest time in the event at 1:11:24.00.

Joel Barlow also qualified for the marathon with a time of 1:14:12.00. The marathon finals will take place at 6:00 a.m. Friday morning.

Denis Kiplagat has qualified for the 3000m steeplechase with the 17th fastest time of 9:26.13s.

The steeplechase finals will be held on Friday at 2:20 p.m.

The men's 4x800m relay team consisting of Freeman, Pontillo, Kiplagat, Marsh, and Sanders qualified with the 23rd best time in the country of 7:46.38s.

Alana Mack has qualified for the long jump with a distance of 5.67m. She will compete in the long jump finals at 7:30 p.m. Wednesday.

Sasha Petrova will enter the championships with the ninth-best time of 1:26:37.00 in the women's marathon. The marathon finals will take place at 6:00 a.m. Friday morning.

Elise Krone has also qualified for the marathon with a mark of 1:28:32.00 in a third-place finish at the Shelby Forest Loop Half Marathon.

Daveina Watson qualified for the women's shot put. She enters with the 17th best distance of 13.55m in the event.

The finals for the shot put will be Thursday at 2:30 p.m.

Championship ceremonies will take place at 6:50 p.m. on Friday.