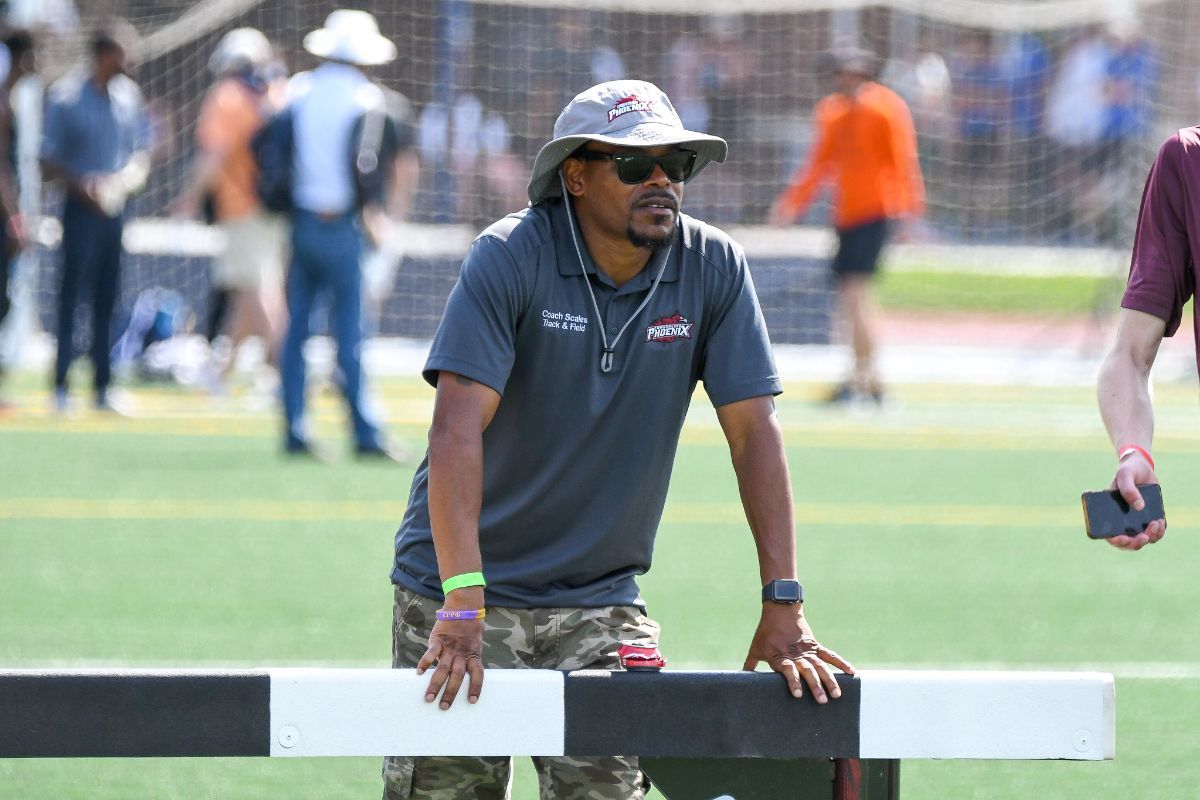 Mardy Scales steps down as the head track and field coach to pursue another opportunity. (Credit: Reily Rogers)

"Mardy has done a tremendous job starting the program and winning National Championships," Pavan said. "We are sad to see Mardy go, but he got an opportunity to go to Kennesaw State and we wish him the best."

Scales was the first ever track and field head coach hired by Pavan in December 2016. Mardy brought in several accolades from his collegiate and professional running experience. He was the Sun Belt Conference Male Athlete of the Year at Middle Tennessee State and was a seven-time Sun Belt Conference champion. He ran track professionally from 2004-09 with Nike, representing the United States in various athletic events around the globe, earning silver medal in the 100 in the 2003 Pan American games and was a member of the USA Track & Field World Championship Team in 2005 after winning the USA Indoor 60-meter championship that year.

During his tenure at Cumberland, Sacles has produced three individual National Championships, most recently this past spring when Praise Idamadudu won the Outdoor 400m and Sibanda Dumoluhle won the triple jump. The first National Champion from the track program was Charles Shimukowa in the 800m Indoor National Champion.

Scales coached 19 All-Americans in his seven seasons. This past season, he led both the men's and women's programs to their highest finishes ever as the women finished 10th overall and the men finished 13th.

Nyamadi will step in as the Interim Head Coach after spending the past four seasons as the assistant coach. He helped Scales build the program to what it is today and coached two NAIA National Champions.

"It is sad that Coach Mardy Scales is leaving. He has done a great job starting the program. I am excited about the opportunity and will continue to push the program to more national recognition and get more National Championships," Nyamadi said.

Nyamadi holds the Ghana National Record for the decathlon and earned both Silver and Bronze medals at the African Games.