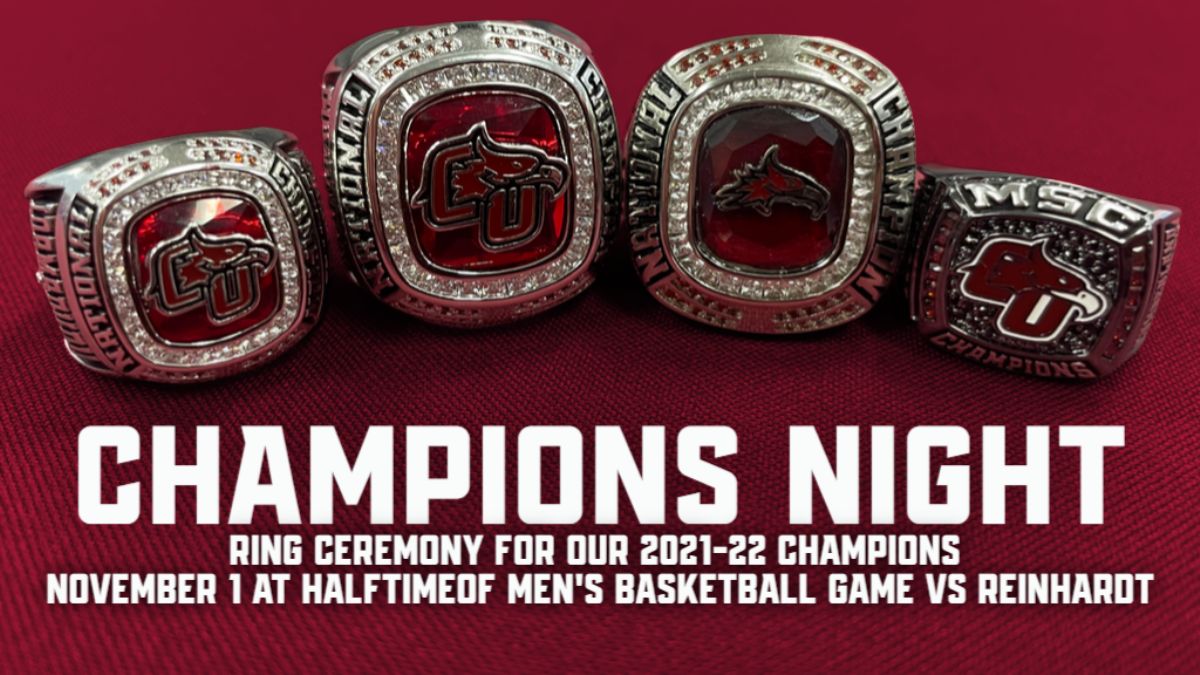 LEBANON. Tenn.-- Cumberland athletics will be honoring the accomplishments of two teams and four individuals with a commemorative champions night on Tuesday, November 1.

Cumberland University had a lot to be proud of during the 2021-22 athletic year. Four individuals were crowned national champions while two teams took home conference championships.

During halftime of the first men's basketball game of the 2022-23 campaign, we will hold a ring ceremony to honor Sibanda Dumoluhle, Praise Idamadudu, Cole Smith, Jaylen Taylor, the Esports Rocket League team, and the Women's Golf team for their incredible achievements.

Cole Smith was the first athlete to claim a red banner when he defeated Marty Margolis of Grand View University by pinfall in the National Championship match. Smith completed an undefeated season going 29-0 to earn the fifth national championship in program history.

Sibanda Dumoluhle claimed Cumberland Track and Field's second individual Outdoor National Championship in the triple jump. Dumoluhle entered the National Tournament with the longest qualifying distance in the country, but he would set his season-best distance in the championships with a jump of 15.45m.

Cumberland women's golf earned their first Mid-South Conference Tournament Championship in program history after winning in dramatic fashion on a play-off hole. The team would go on to finish 10th at the NAIA National Championship and are currently ranked 6th in the NAIA Top-25.