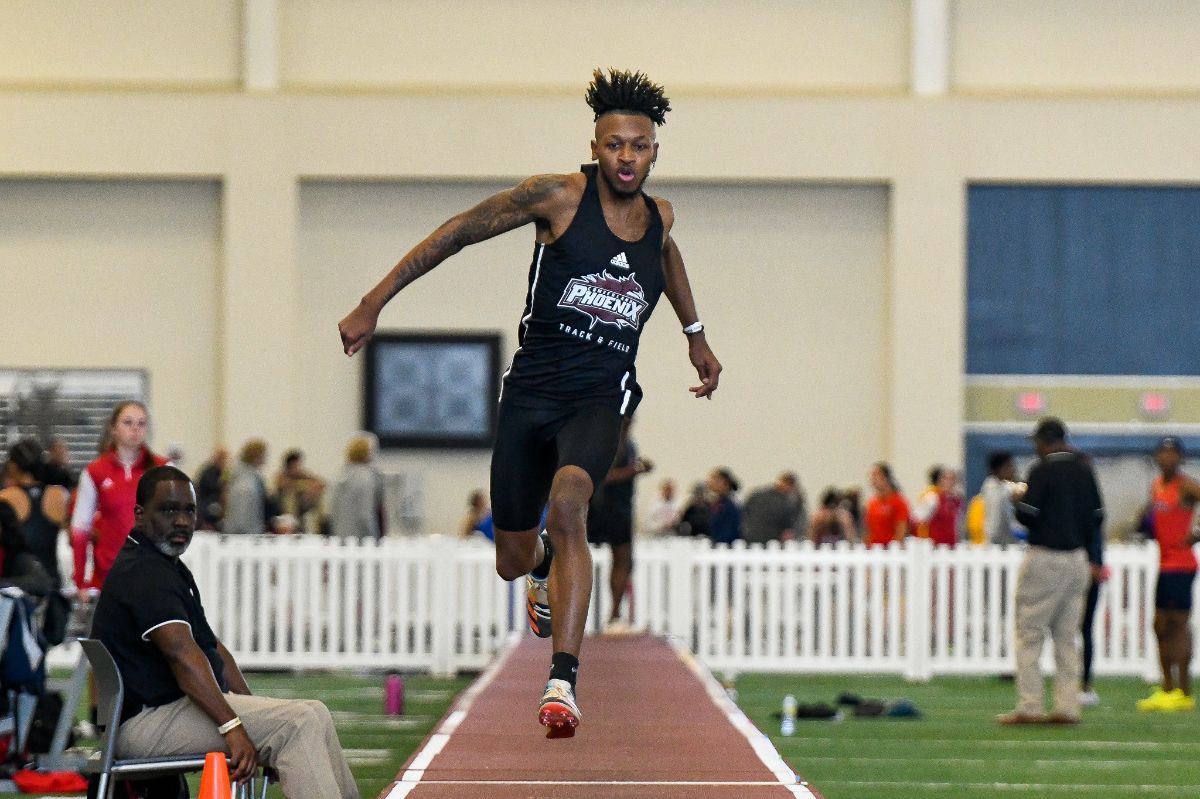 Jaylen Poole qualified for nationals with NAIA "A" Standards in the triple jump. (Credit: Reily Rogers)

Birmingham, Ala.-- Cumberland men’s track and field picked up two victories on Saturday at the Samford Invite in Birmingham, Ala. Jason Bowers and Iredia Goodness took home first place finishes in their respective events as four Phoenix qualify for nationals.

Freshman Iredia Goodness picked up his second first place finish of the season, this time in long jump at 7.26 meters- his personal best. The jump lands him "A" Standards with the fifth-best jump in the NAIA this season.

Jason Bowers posted a first place victory in the mile with a time of 4:07.32, seven seconds ahead of the second place finisher. He qualifies for the mile with NAIA "A" Standards with the fastest mile time in the NAIA this season.

Jaylen Poole finished fourth in the triple jump with a distance of 14.55m. The mark qualifies Poole for nationals with "A" Standards, the ninth-best triple jump this season.

Tobi Oniyide finished fifth for the Phoenix in the men’s 60m dash at 6.87s. The time qualifies Oniyide for nationals as well with NAIA "B" Standards at the 18th fastest time in the NAIA.

The CU men’s 4x400 team- consisting of Logan Istre, Benjamin Nyakudya, Joel Forbes, and Tahmar Upshaw- finished in fourth place with a time of 3:22.90. The quartet was just three seconds shy of qualifing.

The Phoenix men's and women's track and field team will be back in action next Saturday, January 28 for the Tiger Paw Classic hosted by Campbellsville University.