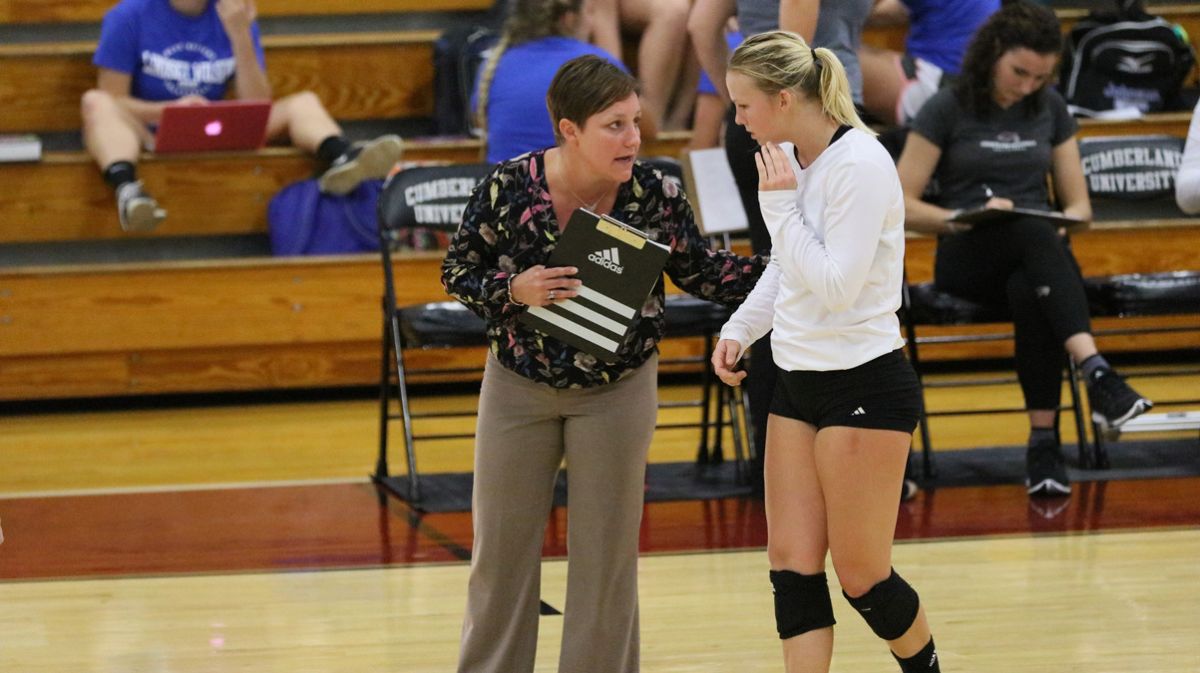 Kathy Slaughter will oversee the hiring of a coach and implementation of a men’s volleyball program set to begin play in Fall 2018. (Credit Steve Wampler)

LEBANON, Tenn. – Kathy Slaughter will move into the role of Director of Volleyball, continuing as head coach of women’s volleyball and overseeing the hiring of a coach and implementation of a men’s volleyball program set to begin play in Fall 2018, announced Cumberland Director of Athletics Ron Pavan this week.

Slaughter enters her third season as head coach at Cumberland but is no stranger to the sport, earning All-Conference honors at CU before serving five years as an assistant coach at her alma mater. She then spent 12 seasons as a head coach at three different high schools in middle Tennessee, including Oakland and Siegel in Murfreesboro and Independence in Franklin.

Campbellsville University is the only current full-time member of the Mid-South Conference with a men’s volleyball team. Union College, Cincinnati Christian, Bluefield College, St. Andrews University and Warner University are affiliate members of the league that currently have men’s volleyball, with Webber International and Brewton-Parker adding the sport either this season or next.