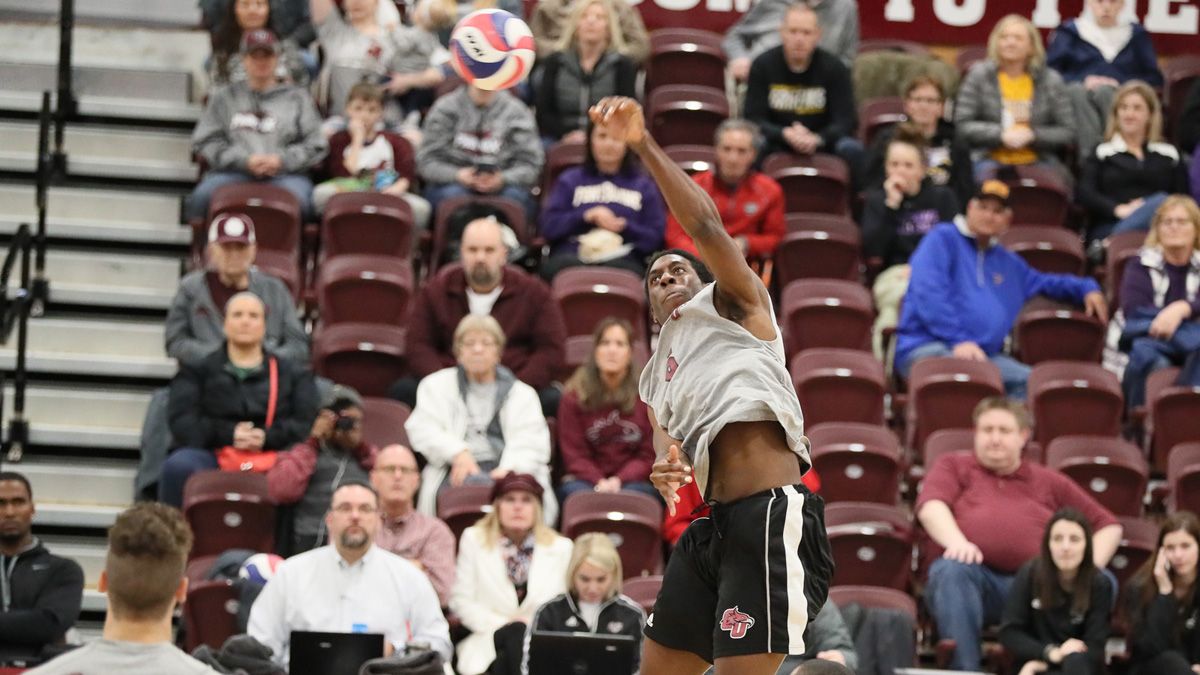 The Phoenix lost both matches in the Off the Block Grow the Game Challenge at home but improved with every set, posting a better hitting percentage in each set. Fontbonne recorded a pair of wins on Saturday after a sweep earlier in the day against Bluefield College.

Kyle van Rossum-O’Connell handed out 29 assists for the Griffins, who hit .353 overall for the match.

The Phoenix got off to a good start in the match behind kills from Tyler Sturzoiu and Christian Lester as well as a block by Lester, taking a 5-2 edge in the opening set. The Griffins posted seven of the next eight points, though, thanks to kills by Braden Woolsey, Cameron Graves and Rossum-O’Connell.

Fontbonne continued the run with two kills by Schwartze and one from Nate Paasch along with three attack errors from the Phoenix for a 16-7 advantage. Schwartze and Josh Farley netted kills later in the set before Sturzoiu and Arthur Amorim answered for CU, but Farley added a spike and an error by Cumberland ended the set, 25-12.

The Phoenix took an early lead in the second set as well, this time with the help of a block and a kill by Stephan Davis along with a spike from Angel Acevedo Reyes. Schwartze’s kill and a service ace by Emir Hadzisalihovic evened the set at eight.

Schwartze posted two more kills and combined with Farley and Woolsey for a block, but Lester countered with a pair of spikes for CU, making it 12-11 Griffins. The lead stayed between one and two points for Fontbonne with kills by Acevedo Reyes and Amorim keeping the Phoenix close.

Another spike by Amorim pulled CU within 17-16 before the Griffins scored the final eight points of the set, including three kills by Farley and the final one from Schwartze for a 25-16 set victory.

Woolsey began the third set with a pair of kills and combined with Farley for a block and a 7-2 Fontbonne advantage. Davis tallied three kills early in the final set and Sturzoiu added one as well, cutting the deficit to 8-6.

Lester’s block and two kills from Acevedo Reyes made it 11-10 and Amorim’s spike knotted the set at 12. Schwartze and Farley answered with kills along with a service ace from Rossum-O’Connell, but two kills from Davis and one from Amorim pulled CU within 17-14.

Farley and Graves traded kills with Davis and Lester but kills by Graves and Hadzisalohovic and another from Woolsey nearly ended the match. Schwartze’s block and a kill by Farley did just that for a 25-20 final set for Fontbonne.