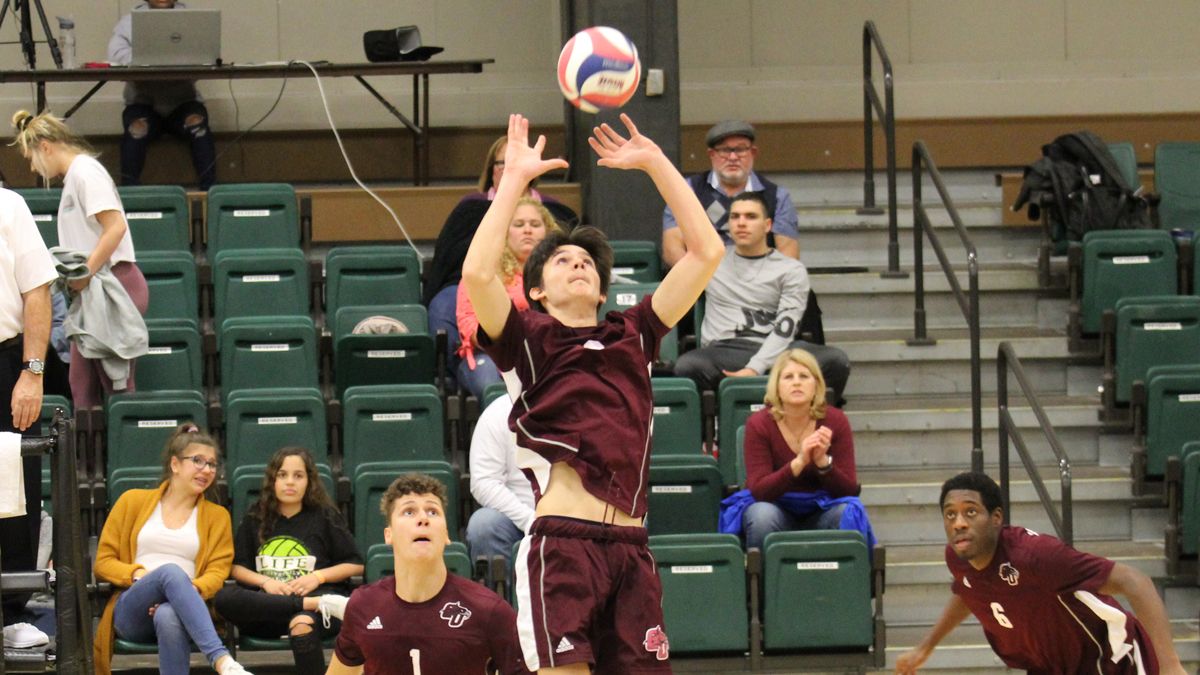 Cumberland hit just .100 as a team and committed 19 errors compared to 26 kills in the match. Jacob DeSouza led the Knights (4-4, 1-0) with eight kills while Edgar Huerta added seven and Jackson Stark collected 25 assists.

Arthur Amorim tallied of his five kills early in the first set and Stephan Davis and Angel Acevedo Reyes each posted one kill, as St. Andrews took an 8-7 edge. The Knights registered seven errors in the first half of the set, keeping CU close, but DeSouza tallied three kills and Huerta and Ben Twigger combined for an ace, giving SAU an 18-11 lead.

Mason Chambers collected a kill for CU and Amorim recorded two more, pulling the Phoenix within 19-14, but that was as close as Cumberland would get. Nate Blackwell, DeSouza and Huerta each posted kills and Ryan Carlson finished the set with a solo block for a 25-18 SAU win.

Cumberland played much better in the second set, as evidenced by the team’s .267 hitting percentage with 13 kills and just five errors.

Lester registered a pair of kills and Acevedo Reyes added two service aces, evening the second set at seven. Pierce then posted two kills and a service ace for an 11-10 CU advantage. Davis and Pierce both collected kills, starting a 4-0 mini-spurt for a 16-14 CU lead, which also included another kill and a block by Lester.

Diego Hernandez began a 4-0 run for the Knights with a kill and DeSouza and Twigger added spikes before a block by Twigger and Huerta made it 18-16 SAU. Cumberland evened the set again with kills from Chambers and Lester and the teams traded points before St. Andrews ended the set with a 6-1 spurt.

Huerta tallied a pair of kills and Stark got one as well for a 22-19 Knights lead, but Lester ended the stretch for just a moment with another kill for the Phoenix. Twigger and Hernandez posted kills and an error for CU ended the set, 25-20.

Three more errors by the Knights and a kill from Pierce made it 16-12, but Stark registered two more service aces and kills by DeSouza and Huerta ended the match, 25-16.