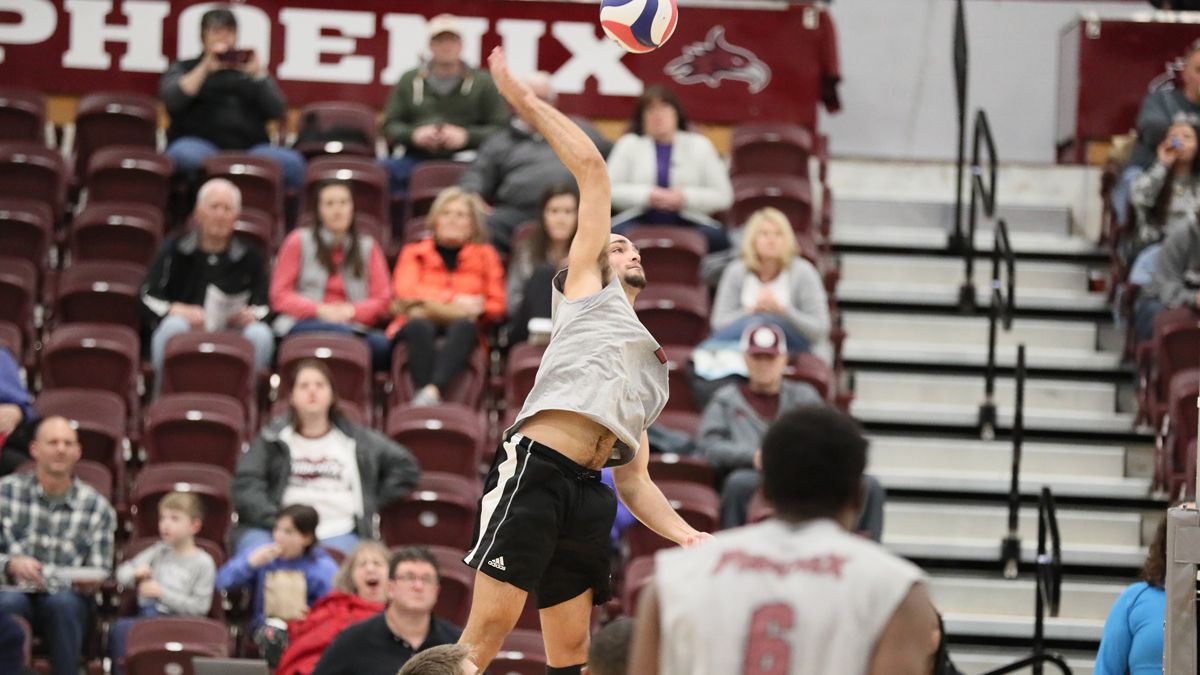 Life (7-1, 3-0) jumped ahead quickly in the opening set, 8-3, thanks to two kills by Javier Cormier and a solo block from Luke Allmond. Acevedo Reyes and Davis posted early kills and Acevedo Reyes and Mason Chambers pulled CU within 9-6 with spikes.

Two service aces by Lester make it 9-8 and Cumberland trailed 13-10 after kills from Arthur Amorim and Chambers. The Running Eagles finished the set on a 12-3 run that includes a block by Alejandro Gonzalez and Diego Perez as well as a block from Cormier and Allmond.

Lester registered two kills and Acevedo Reyes added one to even the second set at five and the Phoenix trailed 10-8 after the duo each posted one more spike. Life scored 10 of the next 12 points, starting with kills by Cornier and Perez. Allmond collected two kills and Perez and Cornier each recorded a service ace for a 20-10 Running Eagles advantage.

Kills by Acevedo Reyes and Davis made it 20-13, but Allmond and Allain Larroche tallied kills to finish the set, 25-16.

Chambers and Davis posted kills and Amorim and Acevedo Reyes each registered solo blocks for 5-all in the third set. Two kills from Jordan Pierce and one by Lester pulled CU within 11-9.

Three errors from the Running Eagles and a kill by Davis made it 14-13 Life and the Phoenix took the lead with blocks from Davis and Lester and then Acevedo Reyes and Lester. Davis followed with a kill for a 16-14 edge and Lester and Pierce added spikes to keep CU ahead.

Allmond recorded two kills and Gonzlaez and Perez added one apiece to even the set at 19. Life scored six of the final eight points in the set beginning with a kill by Allmond and a block from Perez.

Gabriel Serrano posted two kills and Larroche added one while Perez collected another solo block to finish the match with the final set, 25-21.

The Phoenix (0-12, 0-2 Mid-South) return to action next weekend with a conference match at Cincinnati Christian on Friday.