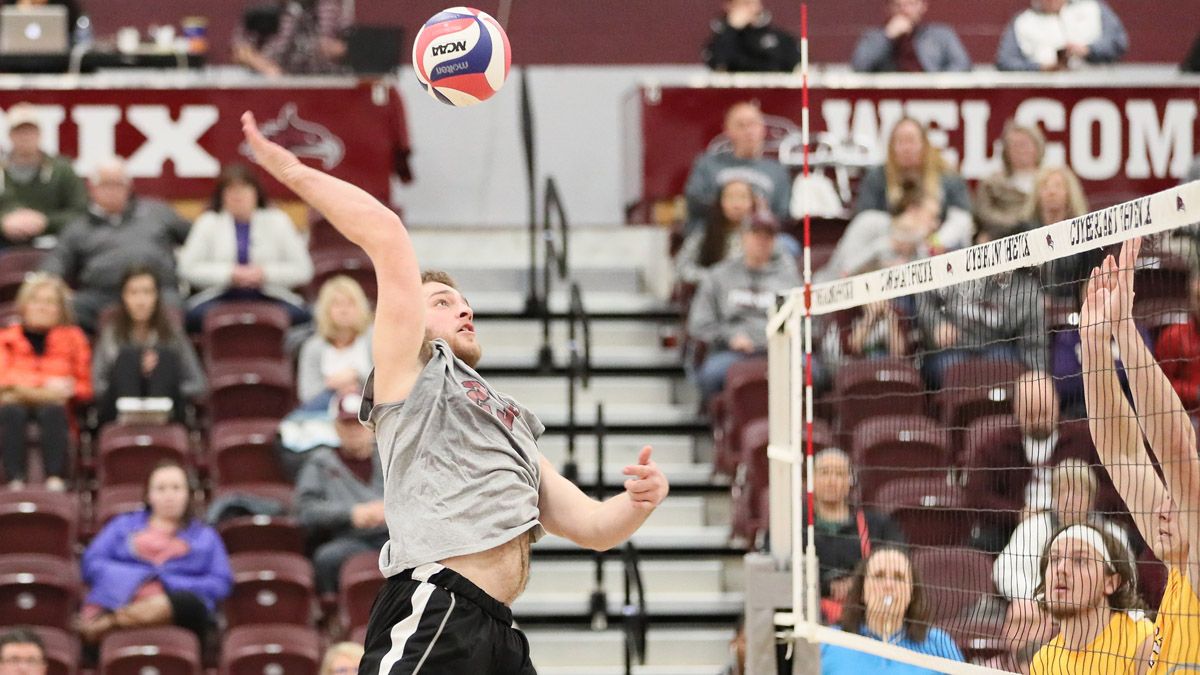 Alberto Chiaparini collected 17 kills and Carleek Owens recorded 12 while Chaz Franqui handed out 33 assists for the Rams (8-8, 2-2 Mid-South) in the victory.

The Phoenix (1-13, 1-3) jumped to a 6-3 edge in the first set thanks to kills from Amorim and Lester and a block by Mason Chambers and Lester. Bluefield answered with a 9-2 spurt that included two kills by Chris Dixon and four CU errors.

Lester and Jordan Pierce collected spikes to pull CU within 12-9, but three kills by Owens and a block from Eric Duron and Aieron Leary extended the Rams advantage to 17-12.

Chiaparini posted four kills and combined with Dixon for a block to finish the set, 25-20.

Bluefield dominated the second set behind three kills from Owens and two apiece by Dixon and Chiaparini, opening a 16-4 lead. The Phoenix also committed five attack errors during that stretch.

Angel Acevedo Reyes and Lester combined for a block and Lester registered a kill before a solo block during a 4-0 mini-run by CU. Stephan Davis added two kills and Lester got another but a service ace by Chiaparini ended the set, 25-14.

Davis and Lester each tallied kills and then combined for a block early in the third set and Cumberland led 10-6 after a block from Amorim and Pierce. Amorim registered a kill and two Rams errors pushed the CU lead to 14-9.

The teams traded three-point spurts before Bluefield reeled off a 12-5 stretch to finish the match, starting with two kills by Chiaparini. Franqui posted a solo block and he and Dixon added another block before an attack error by the Phoenix evened the set at 19.

Lester and Dixon traded kills and Amorim and Chiaparini did the same to keep the score tied. Owens put the Rams ahead, 22-21, but Acevedo Reyes answered for Cumberland. A service errors put Bluefield ahead for good and Chiaparini got a block before a service ace by Owens finished the match, 25-22.

Cumberland hosts Campbellsville University on Tuesday and Midway University on Wednesday next week, with both matches at 7 p.m. at Dallas Floyd Phoenix Arena.